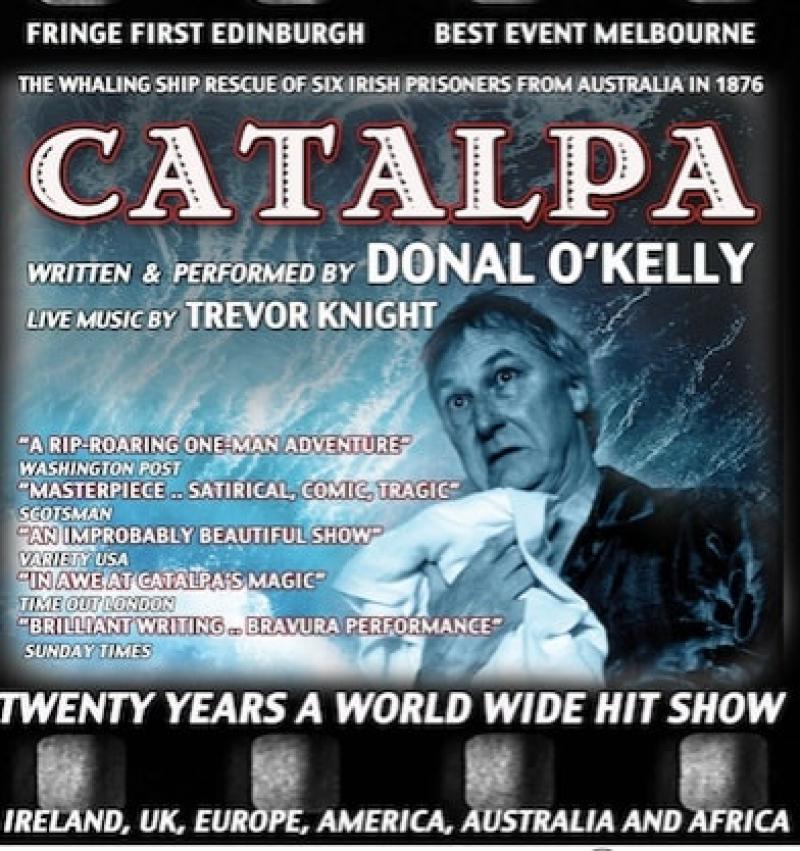 Well known actor and playwright, Donal O'Kelly will stage a highly regarded classic of modern Irish theatre and one man show, ‘Catalpa’ on Friday night, August 19 from 7pm to 9.30pm in the grounds of Manorhamilton Castle.

The promoters of Friday night's Manor Castle performance say “Catalpa is the story of the daring 1875 whale-ship rescue of six Irish prisoners from the British Fremantle penal colony in Australia – all in the vibrant imagination of a rejected screenwriter, the best movie yet to be made!
“Catalpa is about heroes and visionaries, political intrigue and personal loyalty, with romance, conflicted rebels and battles at sea. A subversive epic that challenges the nature of heroism. First produced in 1995, Catalpa won a Fringe First Award at Edinburgh (Festival), and sailed around the world for performances.”