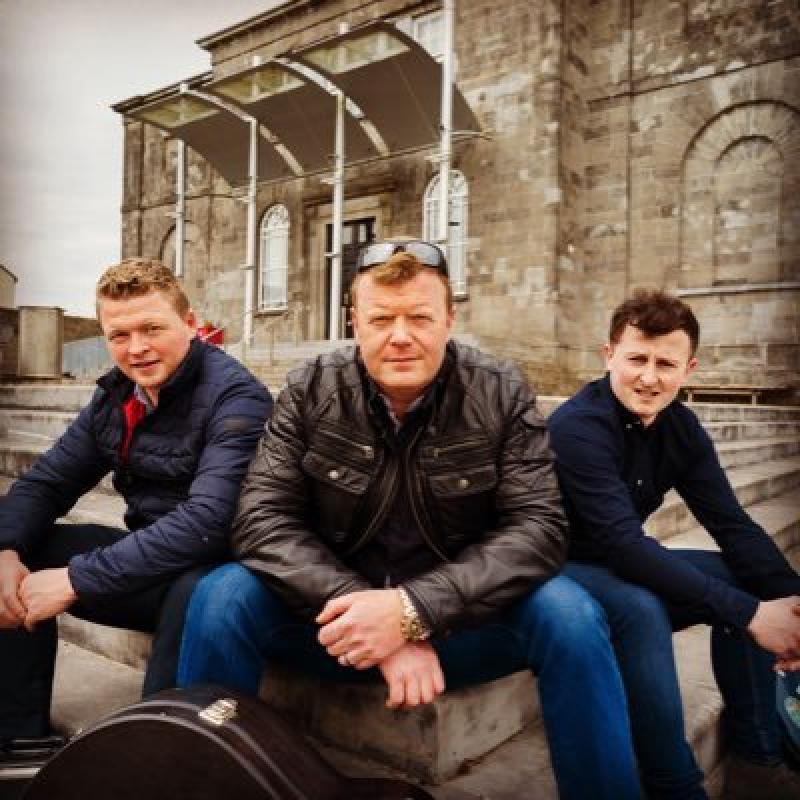 Leitrim's John McCartin joins Dylan Carlos and Cain Sweeney to play a concert in the Coleman Music Centre in Gurteen, Co Sligo on August 31 at 8.30pm.


Having met for a tune on a winter's evening in Cryan’s Teach Ceoil in Carrick-on-Shannon, it was immediately apparent that this trio had compatibility both musically and personally. A decision was made there and then to record.

Another meeting in ‘The Haunted Room’ above Cryan’s front bar saw their album being arranged and rehearsed. An integral part of the sound and shape of this album is the contribution of the recording engineer, Dave Sheridan at Surround Sound Bud Studios. Not only did he provide the tools and venue to get the best from the instruments, his easy manor, and good humour got the best out of the players too.
The album was mixed exquisitely by Donagh Hennessey and polished and buffed with the addition of George McAdam on banjo, John Joe Kelly on Bodhran and Donal Lunny on Bouzouki and Bodhran.

The choice of tunes, settings and arrangements have an assured consistency. The influence of musicians like Matt Molloy, Cathal Hayden, Frankie Gavin and Noel Hill as well as bands like Planxty, The Bothy Band, Dervish and Lúnasa is comfortable common ground for these men. Carlos Sweeney McCartin is energetic and rambunctious, unbridled and unapologetic.
Tickets available at www.colemanirishmusic.com or call (071) 9182599.