Leitrim based Ukrainian refugees celebrated their Independence Day far from home last Wednesday with an event at the W8 Centre in Manorhamilton. It was exactly sixth months since Russia’s invasion and 31 years since the declaration of independence from the former Soviet Union.

Members of the local Ukrainian community were joined by fellow refugees from Dromahair, Rossnowlagh, Ballyshannon and Bundoran as the 200 odd group proudly paraded around Manorhamilton. At a subsequent party hosted by the W8 Centre local people were treated to traditional Ukrainian cuisine in between experiencing the music, song and dance of the refugees native land.

A highlight of the day’s musical entertainment featured an emotional rendition of the national anthem of Ukraine as Gaeilge featuring a twelve year old Ukranian girl Daria Velychko and local musician Eoghan Ua Conaill. Earlier in the day Daria was presented with a Bandura – a Ukrainian plucked string folk instrument (as pictured). The instrument was obtained in Lviv, Ukraine and following a two month journey, arrived just in time in Manorhamilton. 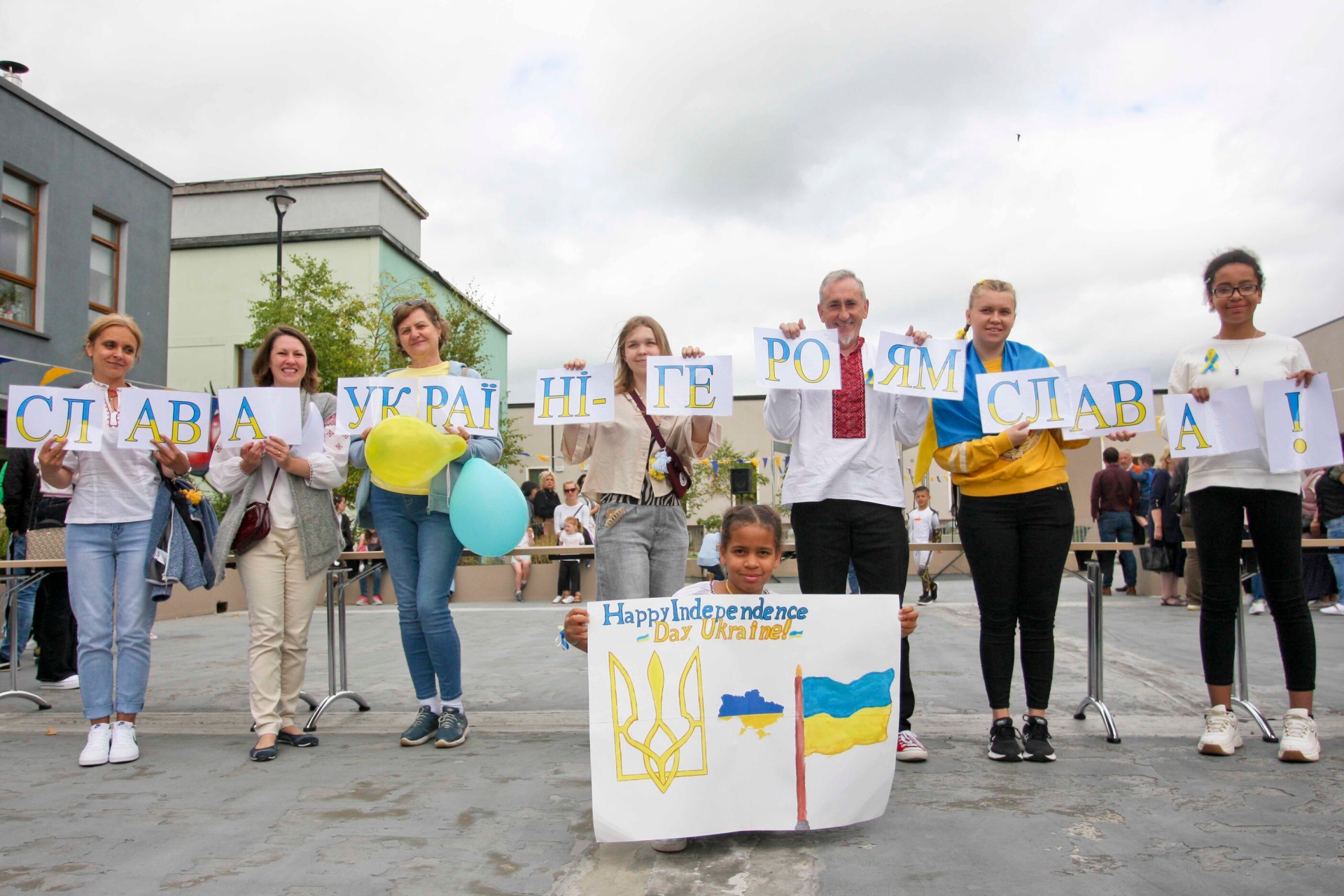 Daria had been learning to play the Bandura since she was eight years old but unfortunately, like her life, her music lessons were put on hold as she was forced to flee the country following the Russian invasion.

Credit to those who organised the Ukrainian Independence event especially Dr Rita Mhig Fhionnghaile, Shane Kerrigan and JJ O’Hara from W8 and Rossa Ó Snodaigh who acted as MC for the day. The event was featured on RTÉ and TG4.