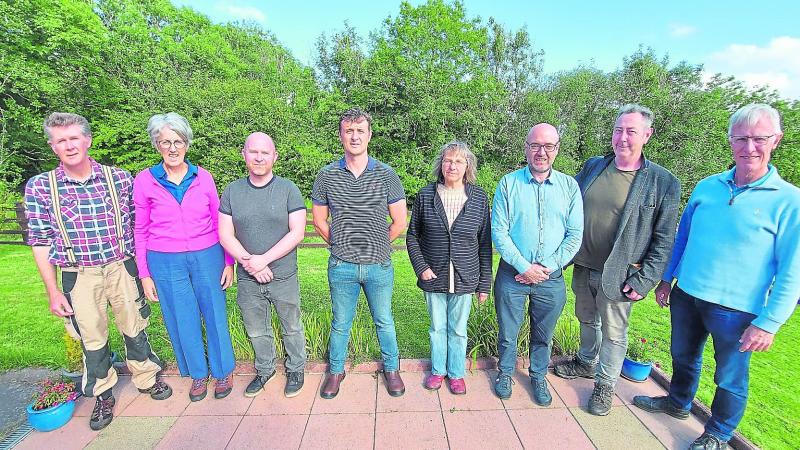 In the context of moves to transition away from certain types of farming and fuels such as turf, ideas of justice and fairness within sustainability have become key topics of discussion.
Justice in sustainability has many different components. Many people have heard of a ‘Just Transition’ which is about ensuring the transition to low-carbon societies is developed in an inclusive way, often focusing on helping to transition regions dependent on fossil fuel industries.
In Ireland, for instance, the government has declared a commitment to a Just Transition, and provided funding for training and reskilling in areas previously dependent on peat industries. However, groups such as the Climate Justice Alliance have highlighted how a Just Transition is broader than this and also means a shift from an extractive economy to a regenerative one.
Whereas an extractive economy exploits people, places and nature – viewing them as ‘resources’ and taking value out of these for profit - a regenerative economy is about moving away from such extractive practices that are undermining environmental and societal wellbeing.
Rather regenerative economies involves wealth staying in communities through economies that are local, place-based, communities having more of a say in how their regions develop and centres the importance of ecological and social wellbeing.
Right now, Leitrim is finding itself in between these two visions. On the one hand, there are many extractive projects planned and ongoing in Leitrim, which community groups are seeking to bring attention to.
For instance, there are prospecting licenses for mining which have been granted to extract gold and other metals in a number of townlands in Leitrim, which Treasure Leitrim is campaigning on.
There is also Save Leitrim, which is raising awareness of the social and environmental impacts of industrial non-native forest plantations and clear-felling in the county.
Leitrim has so much to offer as a model of what a regenerative economy could be, showing that many solutions are already existing for nurturing environmental and social wellbeing.
In the area of energy, Save Dough Mountain is campaigning against large-scale wind-turbines planned to be built on Dough Mountain, highlighting the risks of landslides and ecological impacts on the mountain bog. North Leitrim Sustainable Energy Community demonstrates an alternative way of transitioning our energy systems – not based on large scale projects which are planned external to and mainly benefit outside communities in which they are located. Sustainable energy communities and cooperatives enable the sustainable energy transition to benefit communities – with energy projects being decided and owned by the community themselves, allowing community wealth and empowerment to come from renewables.
Policies which allowed for such inclusive, citizen-centered transition approaches were central to the success of renewable energy transitions in countries such as Germany, and importantly allowed the renewable energy transition become a vehicle for rural regeneration, providing essential income streams for farmers and wider rural communities.
Looking to other sectors, North Leitrim is a pioneer in eco-tourism. The mountains and waterways offer spaces for people to reconnect with nature and for engaged, low-impact tourism, with new walk ways being developed, such as The Leitrim Way and the Sligo Leitrim and Northern Counties Railway Greenway.
There are creative and cultural offerings from spaces such as Leitrim Sculpture Centre and The Glens Centre, and exciting new ventures opening, such as the Fulacht Fiadh cooperative café in Manorhamilton.
These organisations and the many active community groups show the vibrancy of Leitrim, and what Leitrim has to offer Ireland as a model for a regenerative approach to the transition. All of this potential however risks being undermined.
The nature of extractivism means it takes wealth from communities, undermining the basis of its future development. Regenerative approaches, as already demonstrated across Leitrim, offer the chance for long-term job creation and true enhancement of the social and environmental wellbeing of the county.
The increasingly clear and devastating impacts of climate change show that the transition away from fossil fuels is a necessity.
However, the shape the transition will take has yet to be determined, and whether its processes will be extractivist or regenerative in nature.
In this, Leitrim’s potential to develop a regenerative approach for long-term flourishing of its local economies and communities needs to be protected and supported if we are to transition to a more just and sustainable way of relating to the natural world, and each other.