CAP strategic plan is ‘a step in the wrong direction’ 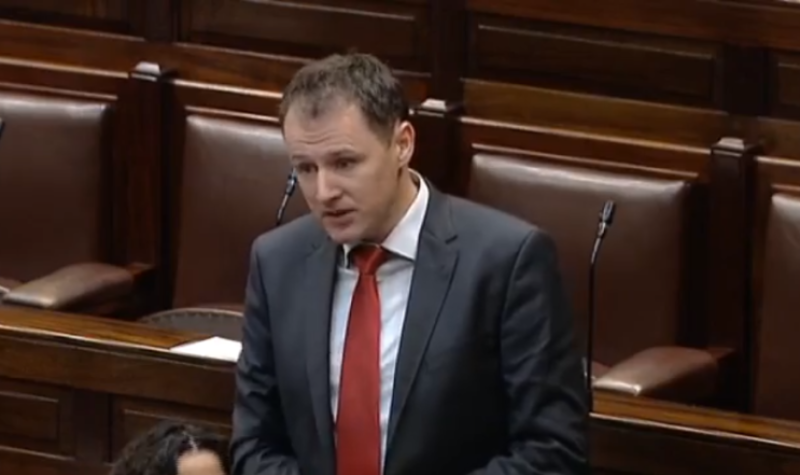 IFA president, Tim Cullinan, said that CAP strategic plan as submitted by Minister McConalogue and approved by the EU Commission last week is a “step in the wrong direction that will undermine food production”.

“The new Eco Schemes which are funded by a 25% cut from each farmers basic payment is a step too far. The Minister could have reduced this cut to below 15% but he chose not to,” pointed out Mr Cullinan.
He went on to state that the “impact of the Eco schemes along with further convergence, front loading and greater conditionality will hit a cohort of our most productive farmers the hardest.

“The Eco Scheme measures themselves are designed for low output or to reduce output and will not be practical for many farmers,” he said.
The IFA leader said that a number of the new schemes including the suckler cow, sheep and environmental schemes “are under-funded”.
“The new much trumpeted environmental scheme ACRES is a bureaucratic monster and needs changes to ensure it is workable for farmers,” Mr Cullinan said.
He said that the onus is now on Minister for Agriculture, Food and the Marine, Charlie McConalogue, and his department to ensure the gaps created by his plan are covered by additional national funding.

“The upcoming national budget is an opportunity for the Government to make up some of the shortfalls arising from the new CAP,” said Mr Cullinan.
“As we have seen over the past 12 months, the landscape of farming and the economy can drastically change, and it continues to do so. This plan needs to have flexibility and be adaptable to any future changes, this is something that Commissioner Wojciechowski also reiterated when he addressed IFA back in May.”
ICSA president, Dermot Kelleher, has also expressed concerns over the CAP strategic plan.
He said Ireland’s new CAP Programme is already no longer fit for purpose in the context of rapidly escalating costs.
“As things stand this CAP programme is no longer fit to deal with food security, nor is it fit to provide income security for food producers,” he said.
Mr Kelleher is calling on the government to detail how it is going to fund climate ambition and keep primary producers economically viable.
“This CAP - with its limited budget - cannot deliver on these dual goals. Achieving tough climate targets is costly and if the government are serious about a just transition for farming, then now is the time to step forward with the financial supports that will keep farming businesses viable as they grapple with meeting climate targets,” pointed out the ICSA leader.
“The fact is that the next CAP will further undermine the support for productive farmers in the beef, suckler and sheep sectors. That was bad enough two years ago, but today, escalating costs means there is a disaster in the making for cattle and sheep farmers.
“We now need a detailed examination of how climate ambition is going to be funded.
“One thing is clear; the CAP is no longer fit to cover all the extra cost caused by input inflation and the potential extra costs in reducing emissions. Consumers have a limit on how much extra can be paid for food, but farmers also have a limit in terms of how much extra cost they can carry.”