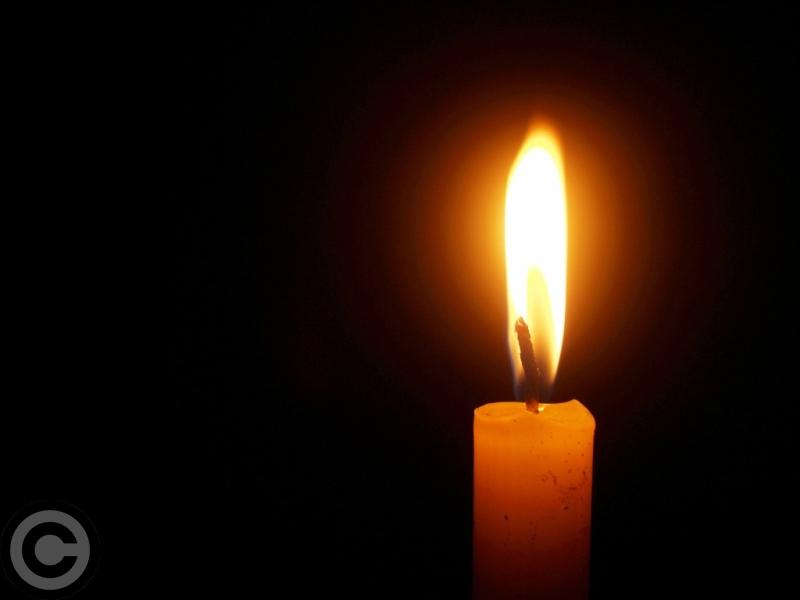 MOLLOHAN, Michael John, Churchtown and formerly of Keonbrook, Kilclare, Co. Leitrim - unexpectedly but peacefully, at home on the 9th of September 2022. Beloved husband of the late Mary (née Foley). Cherished father of John, Teresa (O'Reilly), Annette (Golden) and Valerie (Treacy), devoted grandfather of Leah, Bláthnaid, Isabelle, Ben, Áine, Tommy and Daniel, and brother of Mary (Duignan), the late Francis, Philomena, Paddy and Teresa. Sadly missed by his loving son, daughters, sons-in-law, daughter-in-law, grandchildren, sister, nephews, nieces, kind neighbours and dear friends. Reposing at his residence on Sunday afternoon (11th September) from 2 pm, prior to his removal to the Church of the Good Shepherd, Churchtown, arriving at 5.15 pm. Funeral Mass on Monday morning (12th September) at 10 am followed by burial at Mount Venus Cemetery.

The death has occurred of Peter (Petie) O'Rourke, Tullyvacan, Ballinaglera, Co Leitrim, on 8th September 2022, peacefully at Sligo General Hospital. Pre-deceased by his parents, Patrick Hugh and Teresa and sister, Margaret Rourke, (Drumkeerin). Peter will be sadly missed by his loving wife, Angela, his children, Melanie, Mark and Jason, son-in-law, Marc and granddaughter Ivy Rai, nieces, extended family and friends. Reposing at his home on Saturday, 10th September, from 3pm to 6pm for family and close friends. House open on Sunday, 11th September, from 2pm to 4pm and again from 6pm to 8pm. Funeral Mass on Monday, 12th September, at 11 am in St. Hugh's Church, Ballinaglera, followed by Cremation in Lakelands Crematorium, Cavan, at 3.30pm. Funeral Cortege will stop briefly for light refreshments at the Community Centre, Ballinaglera, following Funeral Mass.

The death has occurred Fr. Florian Farrelly, Franciscan Friary, Rossnowlagh, Co. Donegal and formerly of Multyfarnham Friary, Co. Westmeath. Following a road traffic accident. Fr.Florian has returned to his loving God. Predeceased by his brother Fr. Paschal. Fr. Florian will be sadly missed by those who knew him, his sudden death is a hugh loss to his sister Mary, to the Franciscan community in Ireland and all those who know and loved him. Fr Florian remains will be received on Sunday the 11th at The Franciscan Friary, Rossnowlagh,Co. Donegal F94 PH21 for evening prayers at 5pm. Reposing after 10am mass on Monday to 6.30pm. Removal from The Franciscan Friary on Tuesday morning the 13th of September at 8am to arrive in Multyfarnham Friary, Westmeath, N91 X279 for 12pm funeral mass with burial afterward in the Franciscan Cemetery. Fr.Florian Funeral Mass can be viewed live on https://theabbeymultyfarnham.ie/webcam/

Earley Charles (Late of Glasnevin, Dublin 9, formerly of Annaghearley, Co. Leitrim and retired building contractor) On September 4th 2022 passed suddenly at the Mater Hospital. Beloved husband of the late Maureen, loving father of Joseph, Dave, Alicia and Niall, beloved brother of Margaret, Phil, Seamus, Johnny, Mary, Martina and the late Paddy, Jenny and Mickie and beloved grandad of Holly, Devin and the late Aimee. Sadly missed by his family, son-in-law, daughter-in-law, brothers-in-law, sisters-in-law, nieces, nephews, relatives, neighbours and friends. Funeral Mass on Saturday morning, September 10th, at 11am at Saint Columba’s Church, Iona Road, followed by cremation at Glasnevin Crematorium at 12.40pm approximately. Those who wish to, may leave a message of condolence in the Condolence section on this page. No flowers please. Donations in lieu to the Temple Street Hospital Foundation, Temple Street, Dublin 1 or at https://www.templestreet.ie/donate/

It is with profound sadness that we announce the death of Pat Britton, Donegal Town, originally from Ballyshannon. Pat passed away peacefully, with family by his side, after a hard fought battle with cancer. Beloved husband to Mary (his current wife as he would call her for the past 50+ years), worshiped father to Tara (Scott), Greg (Lynsey), Nikola (Jamie) and Lynette (David), doted grandfather to 10 wonderfully behaved grandchildren. Predeceased by his parents Pat & Una Britton and brother Ernan.

Pat leaves behind a legacy within Donegal Town and beyond. Founder and master of Britton Insurance, which recently celebrated 50 years in business; community focused, Pat was a true gent whether from behind a desk or at his bar stool in various fine establishments throughout Donegal Town. Pat has had many passions throughout his life, Donegal being a major part of it. An avid philanthropist, Pat also loved show jumping, running, rowing, rugby, golf - basically, if he could support sport and local clubs he was on board. He will be greatly missed by family, friends, his staff, colleagues and many acquaintances he made throughout his 70+ years. He was loved and will be truly remembered by all.

His remains will repose at Gallagher’s Funeral Home, Station Road, Mountcharles, (eircode F94 WN24), on Saturday, 10th September, from 2pm until 6pm. Removal from there on Sunday morning, travelling via his business premises on Tirchonaill St., Donegal Town, going to St. Mary’s Church, Killymard, for 11am funeral Mass, with burial afterwards in the local cemetery. House strictly private, please.