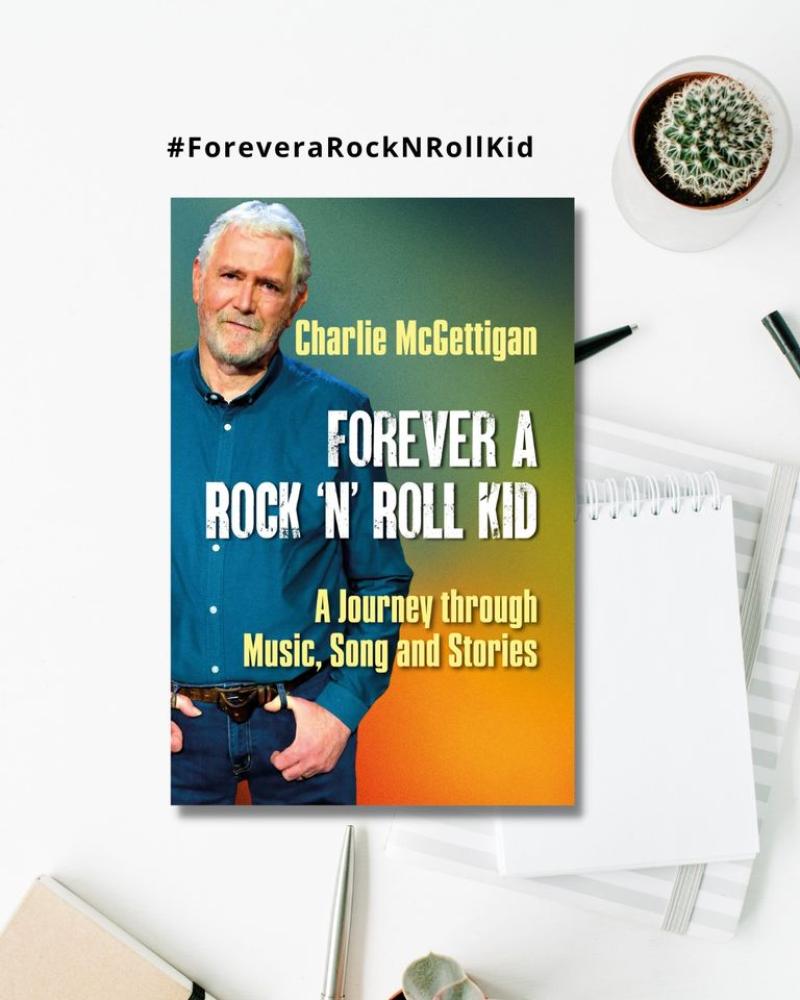 Charlie's book is available online and in local shops

Drusmahnbo's Charlie McGettigan is a household name in Ireland.  Best known for securing a Eurovision hat trick for Ireland when he and Paul Harrington performed Brendan Graham’s song Rock ‘N’ Roll Kids in 1994.  Charlie’s memoir, Forever a Rock 'N' Roll Kid: A Journey through Music, Song and Stories is available to buy from today, Monday September 12.

If the past is a foreign country, then Charlie McGettigan is the best of our guides. Forever a Rock 'N' Roll Kid: A Journey through Music, Song and Stories takes the reader  back to Ireland in the 1950s, avoiding the cliched golden one-liners where sweetness and light prevailed. Instead, Charlie has opted to tell a ‘warts and all’ story of Irish life in what in his opinion are laughingly called 'the good old days.' A time where poverty and deprivation were made worse by a dominant clerical presence and an often-brutal schooling system that succeeded in driving many young people away from both religion and education. Charlie pulls no punches yet manages to avoid being bitter, mixing the hard stories with funny and heart-warming tales of growing up in rural Ireland, moving to Dublin, working for the ESB, rearing a family and his rise to fame.

Charlie’s account of the hard work and dedication that brought him musical success is sure to give comfort to aspiring musicians who are finding it difficult to stick at it in an environment where success seems unobtainable unless you ‘go viral’ or win a TV competition. The book contains the lyrics to twenty-six songs and unlike any memoir ever published, the book contains QR codes that can be scanned by the reader to listen to or watch the songs performed by Charlie.

Published by Battlebridge Press, Forever a Rock 'N' Roll Kid: A Journey through Music, Song and Stories is now available nationwide and on https://battlebridgepress.com/ RRP €16.99