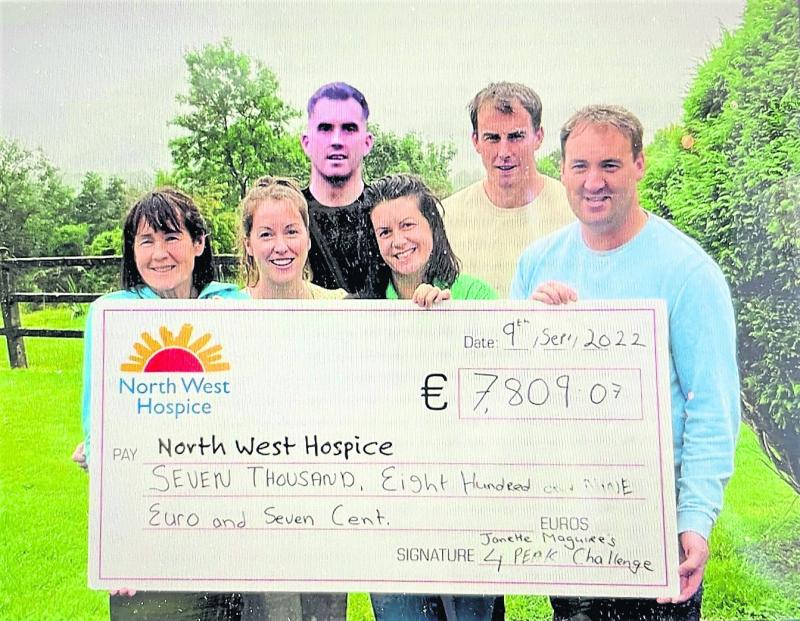 Pictured prior to the presentation of the cheque for €7809.07 to the Hospice are (l to r) Ethel Maguire (Christopher's wife), daughters Mary Alice and Janette, sons Paddy, Daniel and Peter

Earlier this year members of the popular and highly regarded Maguire Family from Ross, Manorhamilton participated in four peaks climb of Ireland's highest mountains in aid of North West Hospice and in memory of a dearly loved husband and father, Christopher; who passed onto his eternal reward on 13 July 2021.

This excellent Maguire Family mountaineering challenge on behalf of North West Hospice received widespread support from the local community and indeed from much further afield. The sum raised by the Maguire Family totalled €7,809.07.

In a message their appreciation to the Maguire Family, North West Hospice expressed “a very big thank you to Ethel Maguire, Mary Alice, Paddy, Janette, Daniel and Peter Maguire who raised €7,809.07 from their 4 Peak Challenge. This involved climbing the highest mountains in each of the four provinces of Ireland.