Envoi Allen workmanlike as he wins again at Leopardstown 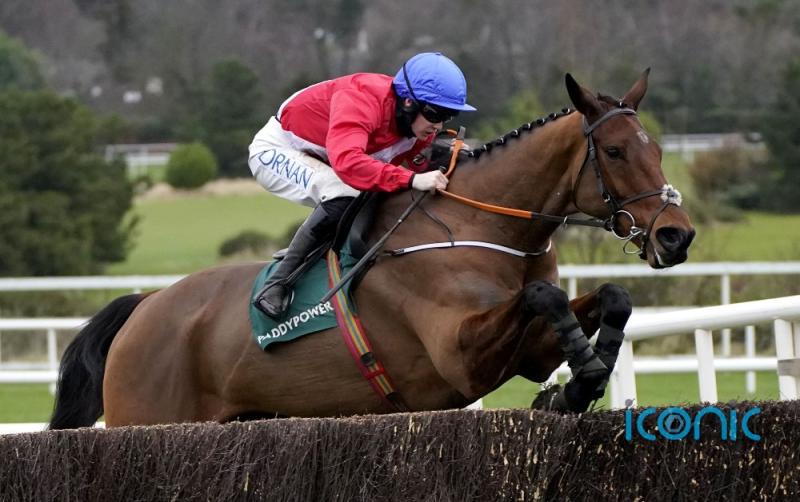 Envoi Allen workmanlike as he wins again at Leopardstown

Envoi Allen returned to winning ways in workmanlike fashion when taking the Grade One Paddy’s Rewards Club Chase at Leopardstown for Rachael Blackmore and Henry de Bromhead on Monday, December 27.

Starting as the 2-5 favourite, Envoi Allen was coming back in trip after disappointing when sixth in the John Durkan Chase at Punchestown earlier in the month.

Shoulder to shoulder with Battleoverdoyen around the final bend, Envoi Allen produced a good jump over the last fence and was able to shake off the challenger and prevail by a workmanlike seven and a half lengths.

“We had a bit of a scare turning in, but he put his head down and galloped to the line,” Blackmore said.

“I think Henry was right to step him back (in trip). Obviously with Chacun Pour Soi being out it changed the dynamic of the race, but it’s great to get his head in front.

“He felt good today, they can only beat what they are up against I suppose and I’m happy with him.”

Bookmakers were generally unimpressed with the manner of victory, pushing the Cheveley Park Stud-owned winner out in the betting for both the Ryanair Chase and Champion Chase at Cheltenham in March.