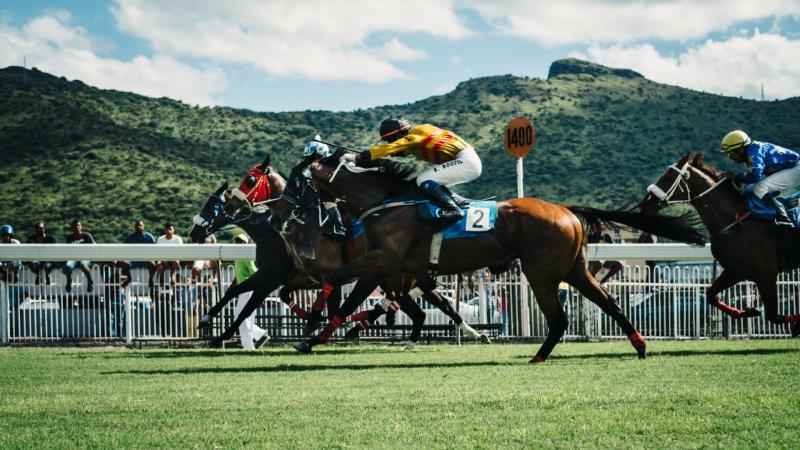 Group 1 heroine La Petite Coco has been given the option to make a quick reappearance in the Group 3 Irish Stallion Farms EBF Stanerra Stakes at Leopardstown next Thursday.

Paddy Twomey’s stable star stole the headlines with success in the Pretty Polly Stakes at the Curragh last weekend and a path to a potential date in the Prix de l’Arc de Triomphe later this year could begin next week.

Entries for one of the most lucrative and competitive midweek cards at Leopardstown were revealed today with Twomey’s four-year-old daughter of Ruler Of The World one of 25 entries to stand their ground for the Group 3 contest next week, as has Twomey’s Rosscarbery, who finished third in the Pretty Polly Stakes before being disqualified in controversial circumstances.

Joseph O’Brien is likely to run the Capel Street Syndicate-owned Mighty Blue who has been keeping good company this year and made a good transition to the Flat having also been placed at the Cheltenham Festival last year.

"Mighty Blue is a solid filly," O’Brien said of the six-year-old. "On the pick of her form she’d go into the Stanerra with a live chance and any rain that falls won’t do her chances any harm. She ran well in a fillies’ Group 3, the Bronte Cup, at York last time, beaten only two lengths and she has come out of that well."

The Piltown-based trainer is also well represented in the €100,000 Irish Stallion Farms EBF Nasrullah Handicap.
A total of 31 entries went forward at today’s forfeit stage for that 10-furlong handicap showstopper, with O’Brien responsible for five of them, including Entropy who looks likely to spearhead his challenge.

"I will hopefully have a few runners on a good card at Leopardstown next week but the two main ones may be Entropy and Mighty Blue," O’Brien confirmed.

"Entropy will run in the Nasrullah, all being well. He has good course and distance form after finishing second in handicaps in his first two runs since coming to us and it was good to see him get his head in front at Sligo, where he won his maiden very easily (by eight and a half lengths).

"There’s very good prize money on offer and we’d be hoping for a good run from him."

Last year’s winner, Mosala may bid for back-to-back victories for trainer Henry de Bromhead, with the five-year-old rated just 2lbs higher than when recording last year’s success. De Bromhead, who is no stranger to big race glary at Leopardstown but more so in the winter months during the National Hunt season, also has Annexation and Catena Zapata in the mix.

The weights are headed by the Jim Bolger-trained Agitare and that son of Teofilo is joined in the race by stable companion McTigue.

Paddy Twomey’s explosive run of form could continue here also and last month’s Curragh winner Vellner may take a punt at the €100,000 prize, while Johnny Murtagh has interesting contenders in Flying Dolphin and Safecracker.

Hat-trick seeking Atavique provides Tom Gibney with a live chance at a major prize, while the Amy Murphy-trained Pride Of America is also fresh from two wins on the bounce and is the sole British-raider in this contest.

Richmond Homes are sponsoring two races on Thursday’s top-class card at Leopardstown and the Built With Pride By Richmond Homes Handicap for three-year-olds only has attracted the 100-rated Howth to head the weights as well as the recent Jessica Harrington-trained victor Ha Ha Ha.

Course and distance winner Smaoineamh Sile stands out among the 49-strong entries in the Richmond Homes Handicap over nine furlongs later on the card.

Leopardstown CEO, Tim Husbands said: "We are thrilled by the fantastic entries for all the races and a huge thank you to Irish EBF for their continued support to Leopardstown and Irish racing as a whole. We are also delighted to welcome Richmond Homes back, a significant property developer in our area, who are sponsoring two supporting races.

"All in all, it has proven very popular already, with Gavin James playing after racing too. It all add adds up to a great evening’s entertainment."