Roads funding is now back near 2013 levels 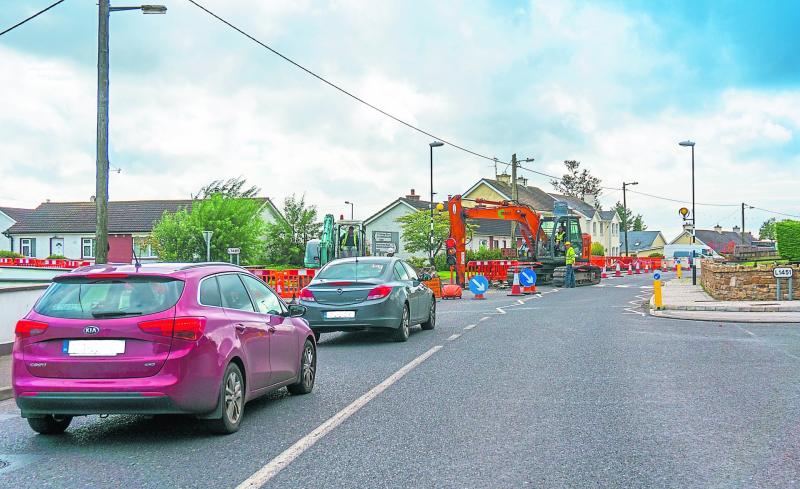 Although funding for non-national roads has increased this year, the allocation is not sufficient to ensure the local authority can maintain the condition of the existing roads network.

Outlining this year's Area Works Programme Mr O'Connor welcomed the fact that funding for non-national roads is up 19.5% on the allocation for 2017, but he acknowledged this only restored the funding to levels seen in 2013.

In 2011, Leitrim County Council was allocated €14 million towards Road Improvement Grants and Road Maintenance Grants which deal specifically with strengthening and surfacing of our road network. This year these allocations are €9.337 million.
Mr O'Connor said that the Department of Transport's recommends that, in order to simply maintain the existing road network, local authorities aim to surface 5% of roads and strengthen a further 5% of roads, annually.

In 2017 Leitrim County Council strengthened 3.3% of roads and surfaced a further 2.4% of roads.

“This is obviously a lot less than the recommendation but it is all that we can afford to carry out with current funding allocations,” admitted Mr O'Connor.

He pointed out that the figures for 2017 were a significant improvement on works carried out in 2016 where just 2.5% of roads were strengthened and a further 1.8% of roads were surfaced.

“Obviously these figures are below what is recommended to simply maintain the network and that is a problem,” said Mr O'Connor.

“But the reality is that in order to maintain the networks nationally we would have to see an allocation of €600m. This year the national allocation (for non-national roads) is €417m.

“On a positive note the amounts being allocated have been increasing in the last few years but my concern is that, by the time we reach the levels of funding required to just maintain the network, how much damage will have been done to our roads.

“This past winter has been one of our worst. It has been raining since August and local lanes are in a very poor condition.
“It is very worrying because we simply don't have the funds available to address what is necessary to keep roads at a basic level.”

No contingency funds
Also of concern, said Mr O'Connor was the lack of a contingency fund for dealing with severe weather events.
Previously a fund was set aside by the Department but Mr O'Connor said this was not the case this year. “We (local authorities) are being told to budget for it out of our own funds,” he said.

Noting that the 2015 severe flooding resulted in costs escalating to €2m, Mr O'Connor said that it will be impossible for Leitrim to make any contingency available to meet similar costs from current funding.