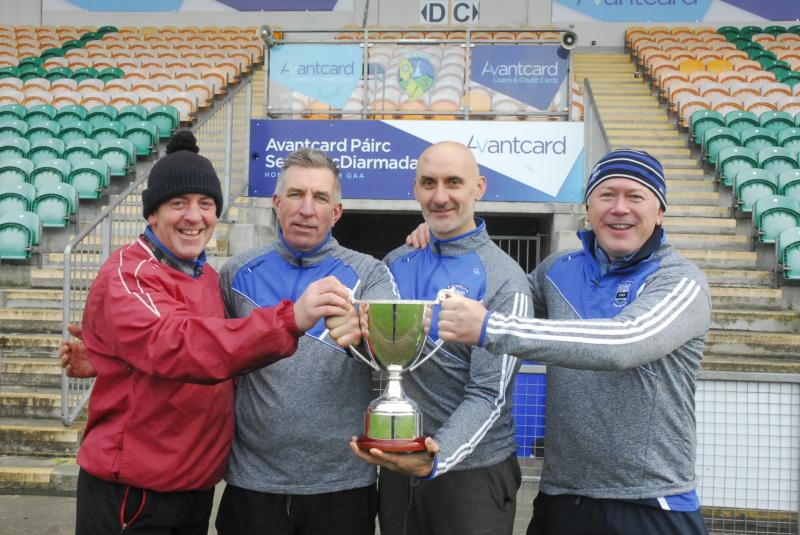 Melvin Gaels management team that guided their side to victory in the U20 A Championship final from left: Liam Gilmartin, Joe McGloin, Gareth Phelan and Peter O'Reilly. Photo by Willie Donnellan.

After seeing his Melvin Gaels team emerge triumphant in the U20 A Championship Final, Gareth Phelan was quick to pay tribute to his players after what he described as “a tough battle.”

“It was going from one end to end of the pitch to the other. They were ahead and we were ahead. We expected a tough battle. The conditions were great for a game – a nice cool fresh day – we are just delighted with ourselves.”

Gareth was also quick to praise the St Manachan's team.

“This St. Manachan’s team has some very good players. We knew what was coming at us in terms of their running ability; their scoring ability and there were times when it looked like they were going to get the better of us. 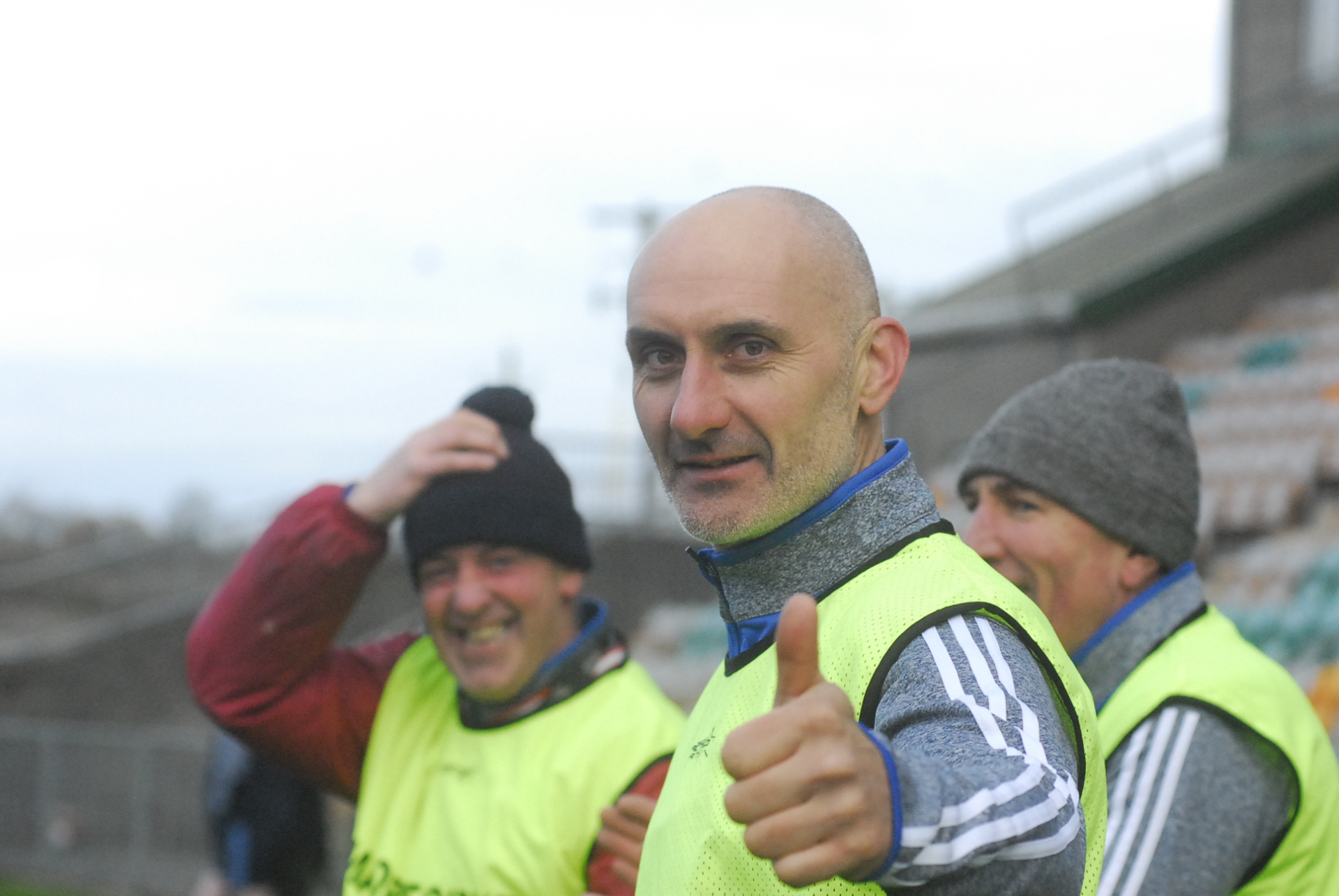 “But we were fit to strangle it back and get back on top again. I felt when we had gone three points up going in to the latter stages of the match, I knew with the fight that was in our lads that we were not going to give it up at that stage.”

Praising the spirit that is in this Melvin Gaels team Gareth Phelan stated “I have a huge belief in this group of players. They have got a serious fight in them. They are a mature bunch of lads, as well.

“I felt they did well when they got into the ascendancy; they were three points up and they controlled the game well. They held onto the ball, they waited for their chance and picked off a couple of vital scores at the end, which is a full credit to the lads.

Commenting on what the success means for the club Gareth remarked, “It is the first time we won a Leitrim ‘A’ title in this grade. It is a big step for the club. I am delighted for the club and it is one that hopefully other teams can aspire to, and it makes a reality for them to push on and go there again.”

St. Manachan’s manager Sean Kennedy accepted the outcome saying, “We battled hard; both played well and played football. Credit to Melvin Gaels – they were a bit fitter at the end and finished the game stronger.

“It was tit for tat. We started ok and they got a goal, and got a couple of points ahead. We were back where we wanted to be before halftime. It was an open game and it was there for anyone who really wanted it. In fairness to Melvin Gaels – they took their chances when it really mattered.”

St. Manachan’s second half goal had been scored just prior to Melvin Gael’s goal. The St. Manachan’s manager explained what happened afterwards for his side and why they were not able to drive on then for the win.

“After we got our goal we kicked one or two very bad wides, which had we scored them would have put us up four or five points. You would have though that would have been enough (to hold out for a win).

“You have to credit Melvin Gaels – they battled back – they got the opportunities and they took them.”

Reflecting on Sunday’s thirteen aside game Sean Kennedy remarked “thirteen aside leaves it open and it allows fellows to run and play football.

“Tactics don’t come into it as much (as the fifteen aside game). Defensive tactics don’t matter much because you don’t have the men.”