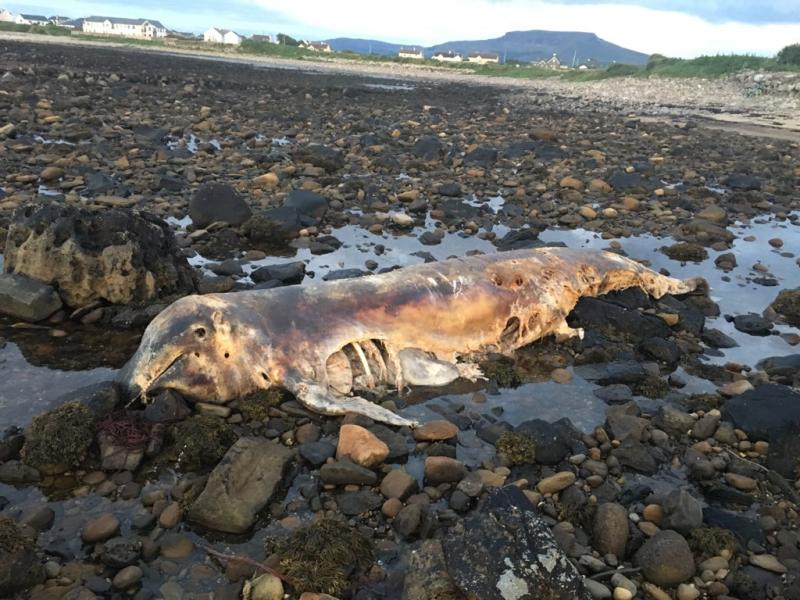 The whale carcase washed up three weeks ago

Leitrim County Council is investigating the removal of the carcase of a whale which washed ashore near Tullaghan three weeks ago.
Cllr Justin Warnock highlighted the problem at Monday's Manorhamilton Municipal meeting pointing out that the badly decomposed remains were not only unsightly but also caused a strong smell which is unbearable for the residents of nearby homes.
He said the relevant authorities, including Leitrim County Council, had been notified about the carcase a number of weeks ago and asked that something immediately be done to remove the whale remains.
“I phoned several people in Leitrim County Council weeks ago. This has been ongoing, it is over three weeks since the whale beached at Tullaghan and the stench is now phenomenal,” he said.
“Those living in the houses nearby are starting to complain about the smell, especially with the hot weather we have been having.”
He said it is the responsibility of the local authority to deal with this sort of thing.
This is one of a number of whale carcases which have been found on the shoreline of Sligo and Leitrim over the last few months.
A spokesperson for Leitrim County Council has informed Cllr Warnock that the staff are now looking at what steps can be taken to remove the carcase.