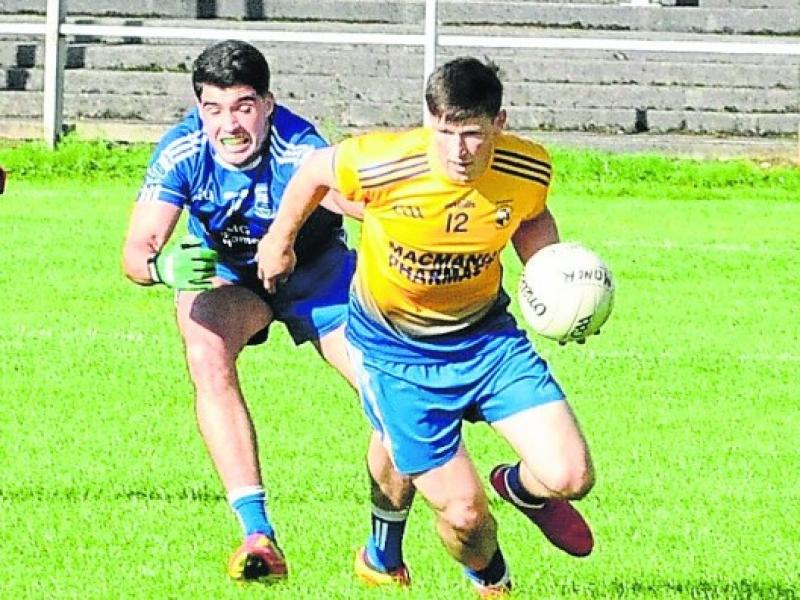 Just three weeks after having to beat their neighbours and fierce rivals to secure their place in the Connacht Gold Senior Championship Quarter-Finals, Melvin Gaels have to do it all again with an imposing Glencar/Manorhamilton out for revenge in the first of the Senior Semi-Finals.

How much bearing that group game will have on this blockbuster semi-final is impossible to tell - victory gave Melvin Gaels a huge injection of confidence and self-belief and they exploited that to the maximum in their quarter-final trouncing of St Mary’s, so much so that many believe the Kinlough men are the form team going into the semi-finals.

More than a few observers felt that Glencar/Manor had taken their foot off the pedal ahead of the knockout stages but the manner in which they fought back against Melvin Gaels and butchered a chance for a winner suggests that they were not taking it too easy either.

Both teams had comfortable victories in the last round although we probably saw Melvin Gaels operating nearer their absolute best than the Manor men, St Mary’s proving stickier opposition than an Allen Gaels team who collapsed.

Melvin Gaels may be renowned for their defensive solidity but watch out for their forwards. Darragh Rooney has been garnering rave reviews each and every game, one seasoned fan telling me that there was nobody playing better in the county.

Rooney’s pace and aggression and direct running are enormous pluses for the Kinlough men.

But there is more - Cillian McGloin is an incredible speedster and provided he has overcome the injury that cut short his quarter-final, the County man will take some watching. Caolan Clancy is slowly but surely developing on the promise of his younger years.

Conor Sheridan’s experience is welcome but with players like Philip McGowan and the impressive Liam Ryan, Melvin Gaels are able to break at speed to get up to Darragh Rooney and ace freetaker Emlyn Mulligan, by now playing the elder leader role.

Glencar/Manor are no slouches when it comes to attacking and their front six of Conor Dolan, Niall Brady, Evan Sweeney, James Glancy, James Rooney and Adrian Croal stand comparison with the best units in the county.

They might lack the classical full-forward target man but Glancy, Sweeney and Dolan can all play that role to perfection if needs be and their real strength is in their movement and speed while the surging runs of Brian McDonald and Paddy Maguire only add to opposition problems.

Defensively you wonder if the concession of two goals to Allen Gaels was a sign of weakness or just a blip when the match was won? Either way attacking Manor is far from easy as their front six can monopolise possession very easily.

This is really hard to call - the Gaels are probably a younger team but not by much and Manor’s experience and know-how is huge and will stand to them. Can Glencar/Manor’s defence break down the massed Gaels defence and what happens to the Kinlough men if their neighbours jump out to an early lead and they have to chase the game?

Glencar/Manor’s demolition of Gortletteragh in Cloone was one of the most awesome displays of firepower I’ve seen in a while as they obliterated their opponents in the first 15 minutes. Melvin Gaels can’t let that happen and they won’t but stopping this Manor forward line is tough.

The only impact the Group game will have is that it has sharpened Manor’s focus with some of their players reportedly looking for the Kinlough men in the semi-finals but the saying “Be careful what you wish for”.

I’m going to play it safe here with two predictions - if Glencar/Manor can get their forwards moving early and scoring, they will win but if Melvin Gaels keep it tight and frustrate their neighbours, Darragh Rooney will be the match winner. Pick and choose!