Funding to be sought to solve flooding issue in Rossinver area 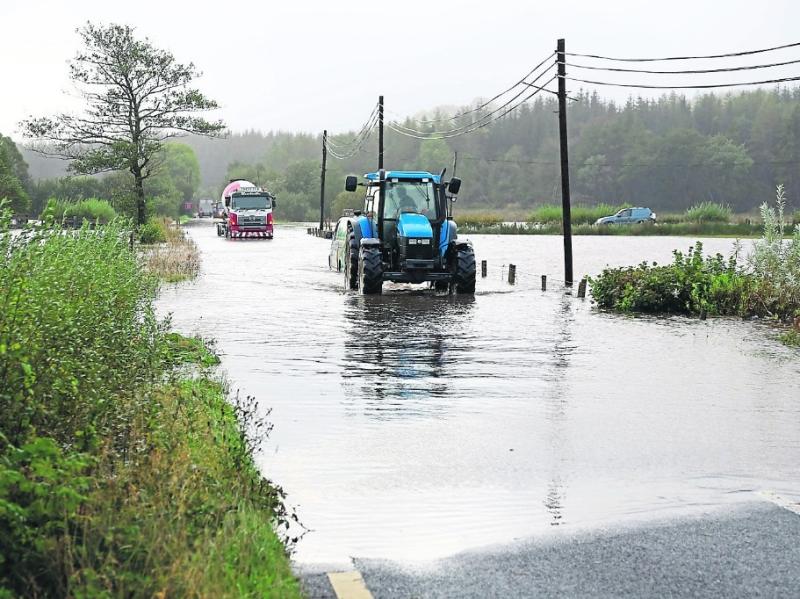 Some of the flooding in North Leitrim in the wake of Storm Lorenzo Thursday night, October 3. Picture: Liam Malaniff

Following on from the recent heavy rainfall that resulted in a home being flooded and others threatened, last Monday’s meeting of Manorhamilton Municipal District heard the local authority will seek to source funding to alleviate future flooding.

The motion was put forward by Cllr Sean McDermott which asked if action could be taken to alleviate future flooding in the Rossinver/Glenaniff area. 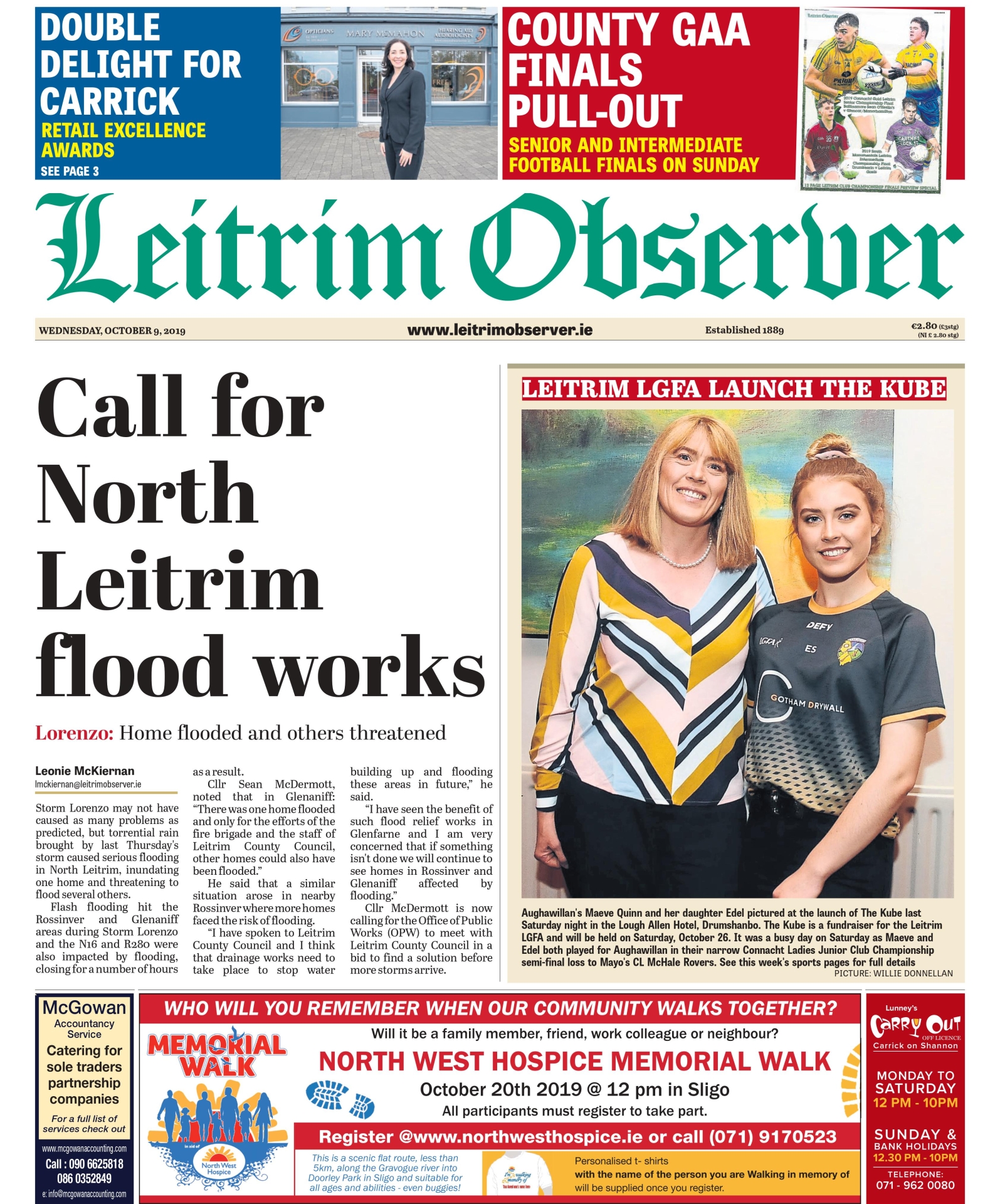 Addressing the meeting Cllr McDermott said one home was flooded and another was threatened.

He explained the reason for the flooding was because one of the arches in the bridge was unable to cope with the volume of water.

Cllr McDermott asked if there was anything the OPW could do to put the water towards the second arch on the bridge.

She also noted private water drains are not being cleared and she will write to the two landowners in question, asking them to clear their drains.

Cllr Justin Warnock said he was also familiar with the incident saying: “The bridge was designed to split the water into two arches but one became blocked.” He added: “It is most unfortunate it came to this. They are elderly and this will have an awful impact on them.”