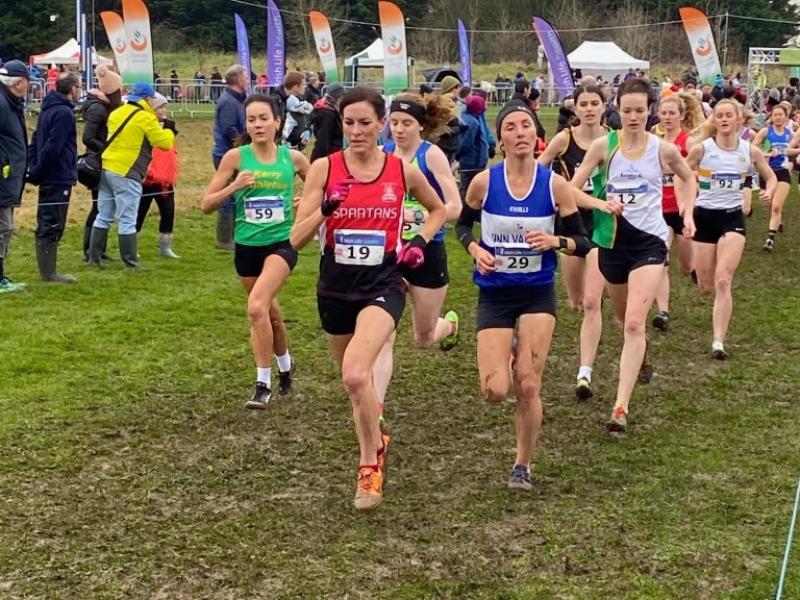 Four weeks after running the Dublin Marathon, Breege, running in the colours of City of Derry Spartans, moved well down in distance for the 8km test on a very muddy and heavy course at the National Sports Campus as she tackled the race along with cousin Teresa Doherty.

The Kinlough duo were up with the leading group on the first of two small 1km laps with Breege dropping behind Teresa as the fast pace started to tell. Teresa, fresh from a second placed finish at the British & Irish Masters Championships, was leading a chasing group.

As Teresa began to fall back a bit, Breege started to charge through the field again and crossed the line in a superb 11th place in a time of 31.35 with Teresa clocking 32.28 in 24th. 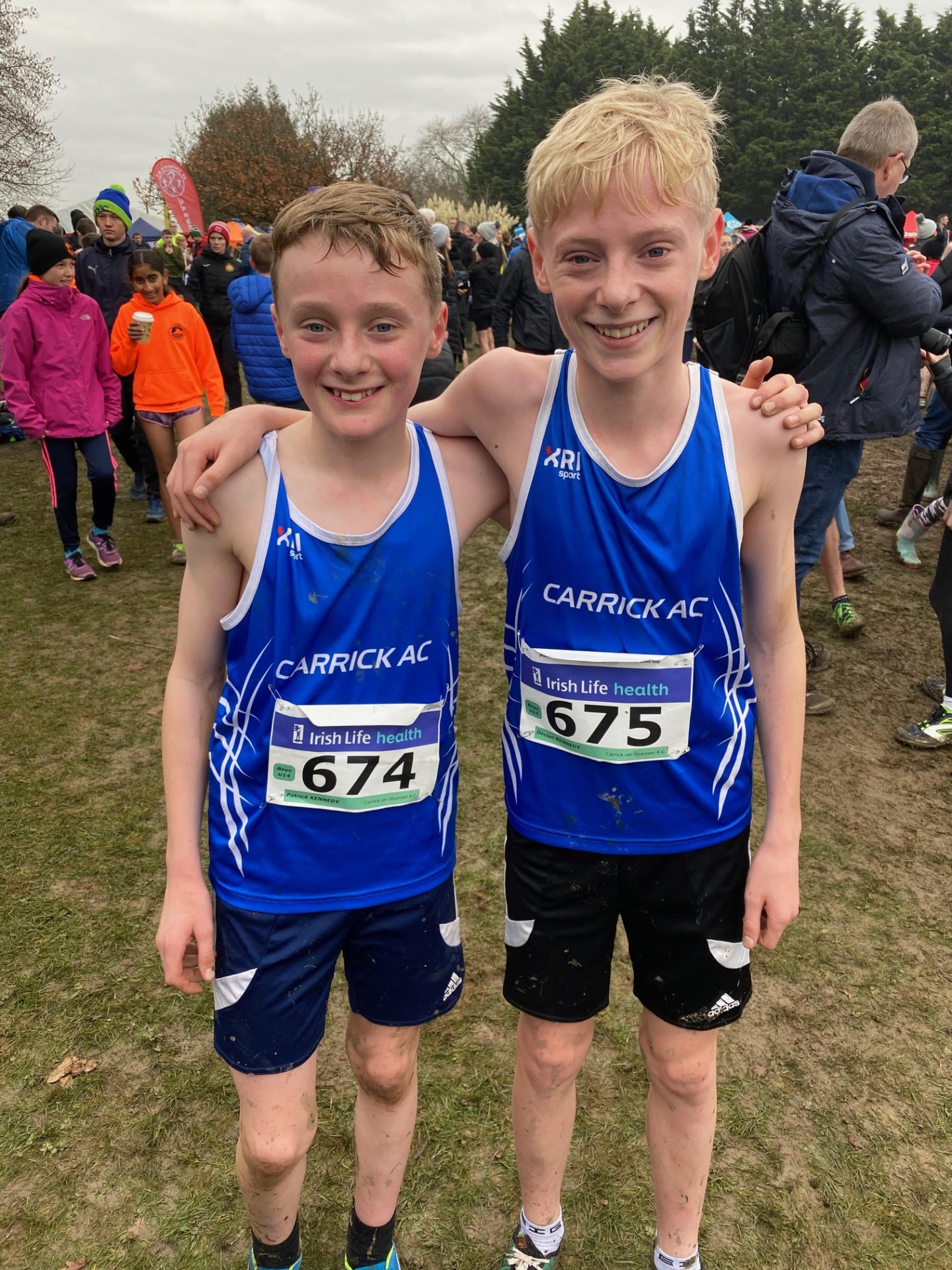 Also in action on Sunday in Abbotstown were Carrick AC brothers Declan and Patrick Kennedy in the U14 boys race. Operating a year out of their age group, the duo got swamped in the start with Declan finishing strongly in 46th for sixth place on the Connacht team while Patrick finished not too far behind in 75th place.