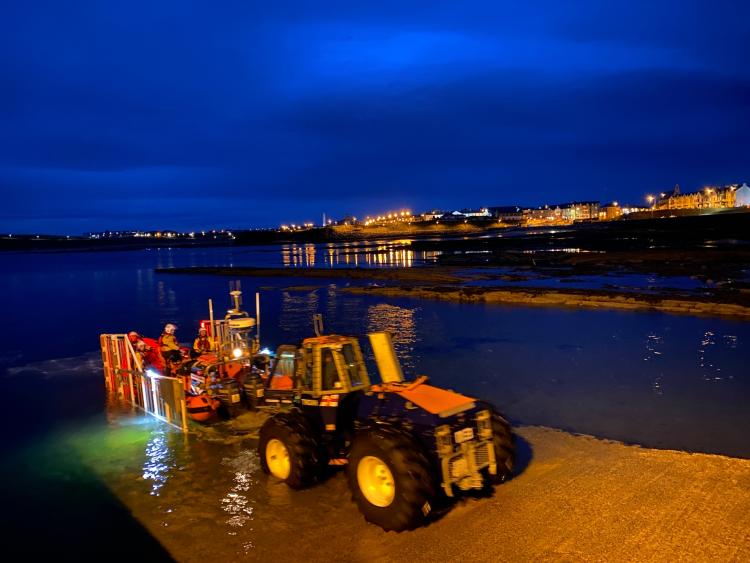 The volunteer crew of Bundoran RNLI lifeboat were called out to a boat that had broken down off Mullaghmore Head last evening.

The alert was raised shortly after 9:30pm by Malin Head Coast Guard with both the Bundoran RNLI Lifeboat and the Sligo based Rescue 118 helicopter attending the scene.

Launching in calm conditions the lifeboat, with four volunteer crew on board, made its way to the western side of Mullaghmore Head where they took the boat with 3 passengers on board under tow back to Mullaghmore Pier.

"This was another callout with a good outcome and another example of cooperation with our Irish Coast Guard colleagues on Rescue 118. Thankfully everyone was ok. We would remind anyone along the coast that due to the fine weather there will be a lot more activity on the water and if they see someone in difficulty they should call 999 or 112 and ask for the coast guard."