Leitrim native given guard of honour 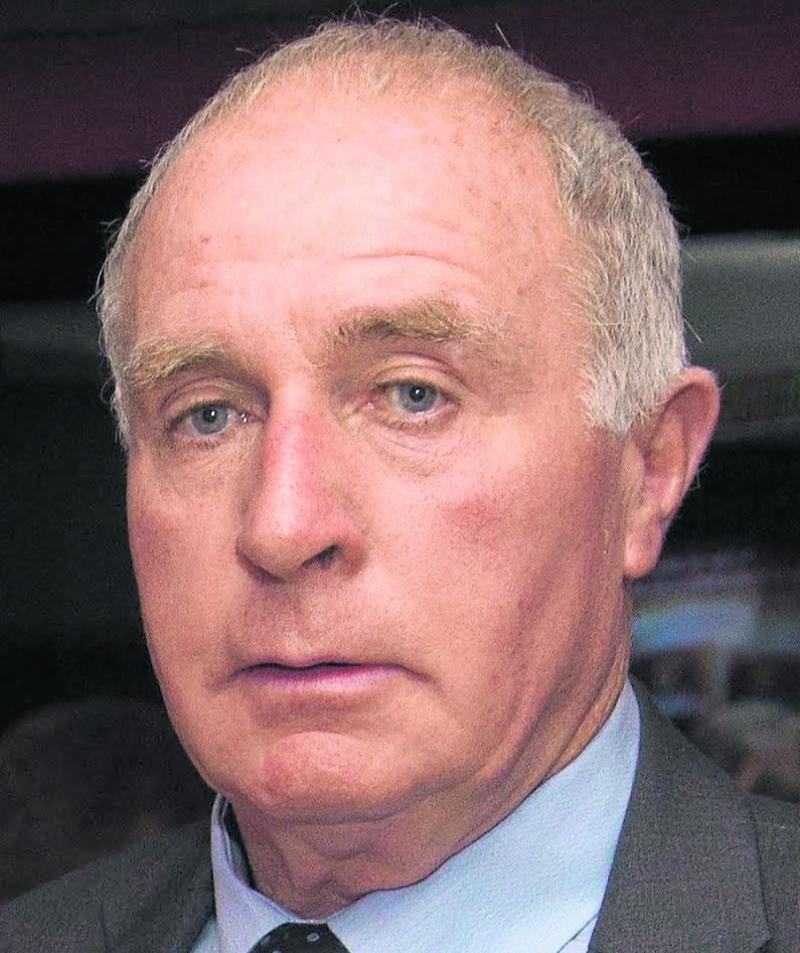 Hundreds of residents of Bundoran displayed a very large outpouring of sympathy, respect and gratitude to one of its most popular  citizens, the late Joe Smyth (71) of Finner Avenue, at his funeral cortege on Saturday, September 26.

Joe passed away on Friday, September 25. He had been in ill health in recent times, but he bore this burden with tremendous Christian dignity and untold strength, right up to the very end, which was backed by a lifelong faith.

Guards of honour with appropriate social distancing from the local GAA club of which he was a long-standing member and Bundoran  RNLI joined the cortége, as it made the journey to the Church of Our Lady Star of the Sea.  Hundreds of others lined the main street as he made his last journey through  the town from his home in the East End.

Numbers to the family home were limited, but many people still wanted to show their respect and they did so, very slowly and very patiently, acutely aware of the great health challenges that Donegal now faces over the next three weeks in particular.

For without doubt, Joe was a person, who was the perfect example of the generosity of spirit, that can be bestowed by one human to another.

While Joe was a native of Tarmon, Drumkeerin in Leitrim, his path eventually took him to Donegal, where he earned the reputation, as not only being one of the hardest working individuals in the area, his hearty laugh, sense of humour and friendly nature, endeared him to just about every family in the town.

Joe often may not have had time to talk to people, because of his busy schedule, but he made it his business to do so. He had a gentle way about him and people took him to heart, as he was also a great listener and a great giver.

Joe was charitable to a fault in making people feel at ease. Taking a rest for Joe, was unheard of. He was off to another project once one had been completed.

In more recent years, landscaping and gardening services, brought him great joy while many others of his age, would have been content to relax at home in front of the fire.

His son David recalled Joe saying that he would simply buy a sit-0n lawnmower to make work easier, if he won the lotto.

Joe was generous to a fault and blessed with a skills set, that meant he could turn his hand to just about anything.

He was also most generous with his time and was always the first on hand, if someone in the community needed a bit of help, be they neighbours, friends, colleagues, the GAA club, St Macartan’s National School or a multitude of local groups and charities.

Joe was born on November 10, 1948 in Tarmon (outside Drumkeerin), County Leitrim to Michael and Vera Smyth (née Gilmartin).

The oldest of a family  of six children, he was the only boy but blessed with younger sisters, Maureen (London), Philomena, (Carrick-on-Shannon), Josie, (London), Dympna, (London) and the late Teresa, who passed away in Germany in 2016.

Joe attended St Patrick’s National School, Tarmon, Co Leitrim. His sisters always knew he was home from school as there was a trail of empty sweet wrappers from Eddie Guihan’s shop.

Shortly after he left school, at the age of 13 and started working with his late father Michael in the Arigna Mines.   He worked at the mines until 1975 and also took part in the famous Arigna Miners Strike in the winter of 1968-1969 and marched to Carrick-on-Shannon with his colleagues in January of 1969 for a shorter working week.

He met his beloved wife Marie (née Granaghan) from Bundoran in Drumkeerin when she was working in her uncle Jim’s pub - Gallaghers.

They enjoyed going to the dances together in the Mayflower Ballroom in Drumshanbo.

They married in September 1975 (they were recently 45 years married) and he moved to Bundoran where he started to work with Carty Contractors on jobs that brought him all over the county and the country.

Sons Shane and David soon arrived, of whom he was extremely proud and in later years when grandchildren Zoe, Lee and Jay, were born, he adored them and in return, was adored by them also, for Joe was first and foremost a family man.

In 1985 he went to work for Donegal Rubber at the rubber factory in Portnason, Ballyshannon where he spent 10 years as an operative. The factory closed in 1995. He then worked in a number of handyman roles in the town including Dartry View Caravan Park and the Holyrood Hotel.

He then took his passion for the outdoors to garden maintenance and mowed many of the lawns here in town with not one blade of grass left out of place. His hobbies included bingo and gardening and he was extremely proud of his own garden and lawn.

He was also passionate for the GAA and was a valued club member of Bundoran Réalt na Mara GAA club.

He was awarded Club Man of the Year in 1997 and was regularly seen selling the weekly lotto draw at SuperValu on a Saturday, sun or snow.

He of course kept a sharp eye on his beloved Leitrim GAA and their championship progression.

Joe also had a keen interest in politics and around election time would be found door to door canvassing and at the count centres awaiting results.

He was a regular Mass goer and helped on many Sundays with the offertory collection. He made sure that when he was too ill to physically go Mass that he was able to watch it on the internet. “Our phones have been flooded with condolences and well wishes since news of his passing on Friday – a true mark of a popular and well liked man,” his son Shane said.