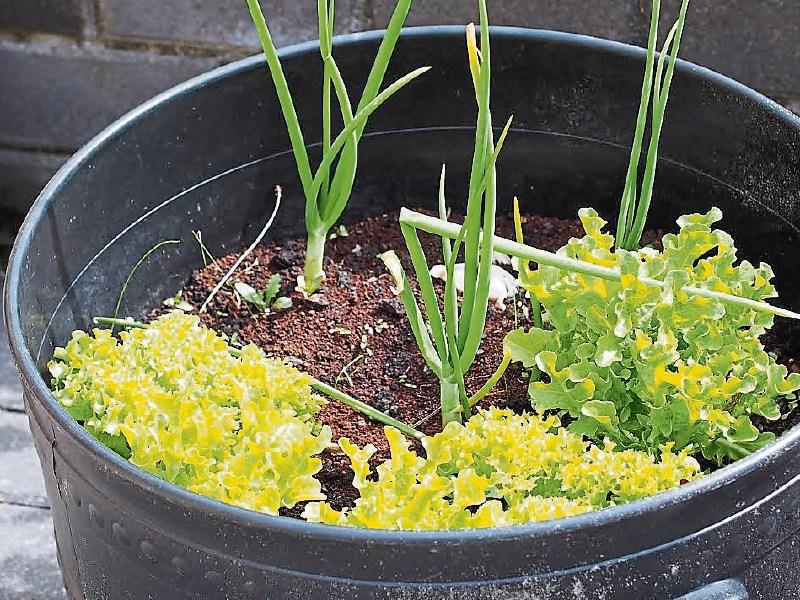 Manorhamilton Municipal District Cathaoirleach, Cllr Justin Warnock, is urging people in North Leitrim to “take the lead” and “get the meitheal going” by growing potatoes and other vegetables to minimise expected food shortages.
Addressing the March meeting, Cllr Warnock said that everyone is very aware of the terrible war impacting Ukraine.
“In just a few weeks 10m have been displaced and more than 3,000 Ukraine citizens have arrived in Ireland,” he said.
He said that this conflict will also have a knock on impact on food supply across Europe noting that Ukraine and Russia both supply much of the wheat for flour for the rest of Europe.
The Cathaoirleach brought a motion at the meeting saying that “following the unprovoked Russian invasion of Ukraine on Thursday 24th of February and the serious global repercussions which have ensued, the food security of our country is now threatened, so therefore I ask farmers, rural dwellers and everybody who has access to a piece of land in the Manorhamilton Municipal District to get the meitheal going and take the national lead in growing potatoes and other vegetables to minimise any food shortages which could develop in our communities later this year.
He encouraged families to take inspiration from times past and grow their own vegetables such as potatoes in a bid to become more self sufficient.
“Years ago many families in Leitrim grew their own vegetables but we have become very dependent on supermarkets. It would be great for Leitrim and for Ireland if we were able to become more self-sufficient,” he said.
“Already we can see the impact of Brexit in Northern Ireland with certain items not available on shelves in Northern Ireland. It wouldn't take much for us to see similar shortages in Ireland.”
Cllr Felim Gurn agreed noting that food shortages were inevitable in light of what is happening in Europe.
“We have not learned from Covid when we were unable to source masks and ventilators from China. We should have learned then the importance of being self-sufficient, but we didn't,” he said.
Cllr Frank Dolan said he supported the motion but said in practice “this won't happen immediately”.
“In the East and the South farmers are being encouraged to turn to tillage but this won't happen overnight,” he said.
However Cllr Warnock pointed out “food shortages will happen overnight”.
“At least if people plant a few vegetables then families can become partially self sufficient. Food security is paramount.”
Cllr Sean McDermott said that there was a huge shift in society between the last few generations.
“Years ago you only wen to the shops to get tea and sugar. Everything else you grew or raised yourself, especially in rural areas,” he said.
“It has to do with the cost of producing food,” noted Cllr Mary Bohan. “Food got to be so cheap. It was actually cheaper to buy than for families to produce.”
Cllr Felim Gurn suggested utilising community gardens in local areas to encourage more people to grow produce.
“People are being subsidised to grow Sitka Spruce and that has no value to the country. Maybe the Government should take the money form that sector and put it into producing food. North Leitrim is as good a place as any to put out the call,” observed Cllr Warnock.