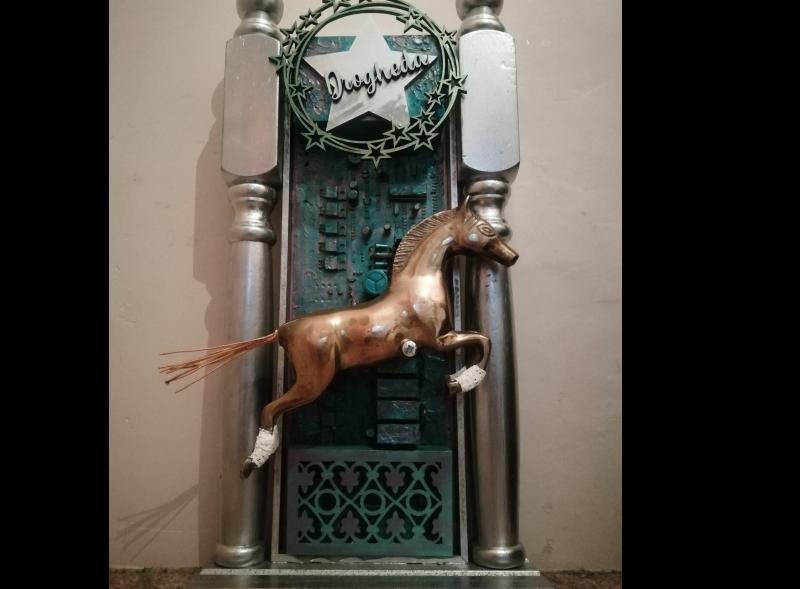 Kinlough Men's Shed were regional winners at the Grand National-themed Flogas/Men’s Shed ‘Reimagine Drogheda’ competition at the Millmount Museum in Drogheda this week.

Former champion jockey Nina Carberry was the special guest at the prizegiving  and presented Kinlough Men's Shed with a cheque of €500 for their entry. 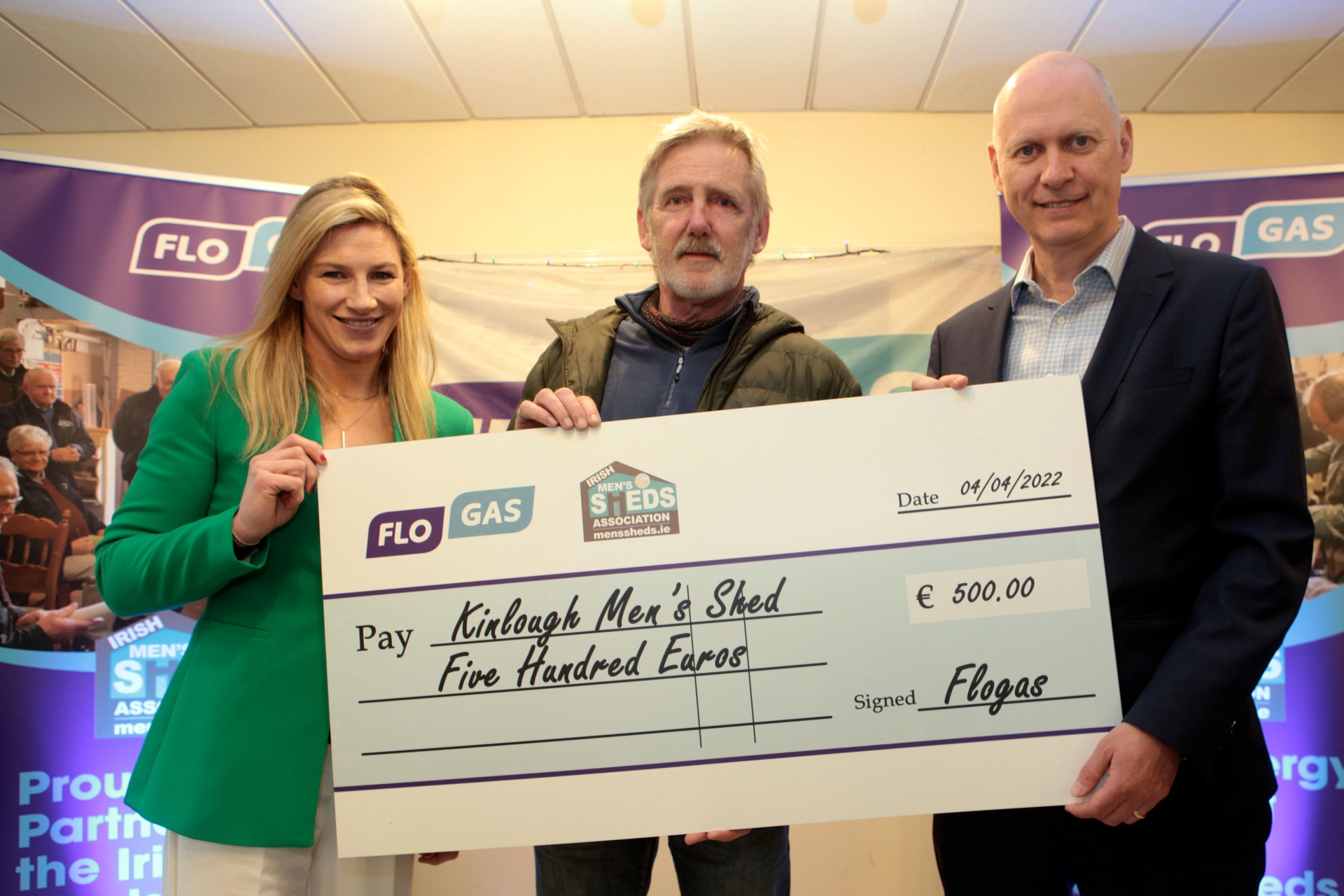 The artistic competition was created by Flogas as energy partner for the Irish Men’s Sheds Association (IMSA). It celebrated a legendary Irish champion racehorse named Drogheda who won the iconic race against the odds. The horse was born and reared in the original Knockbrack House on Donore Road in Drogheda, the site of which is now the head office of Flogas Ireland.

The overall winner was the Ardara Men’s Shed in Donegal.

Despite given no chance by the racing scribes of the day,  Drogheda,  the fearless six-year-old 25-1 outsider and his equally fearless jockey John Gurley, won the 1898 Aintree Grand National in a then-record time of nine minutes and 42 seconds in a blinding snowstorm, in which his last mile was faster than his first.

Flogas invited Sheds and their members on the island of Ireland to submit artistic entries that would symbolise the horse and capture his indomitable spirit. The work could be a painting, art installation, a garden, recycled material, woodwork, collage, sculpture, poem or whatever the imagination suggested.  The competition had been announced in early 2020 but extended due to Covid-19.