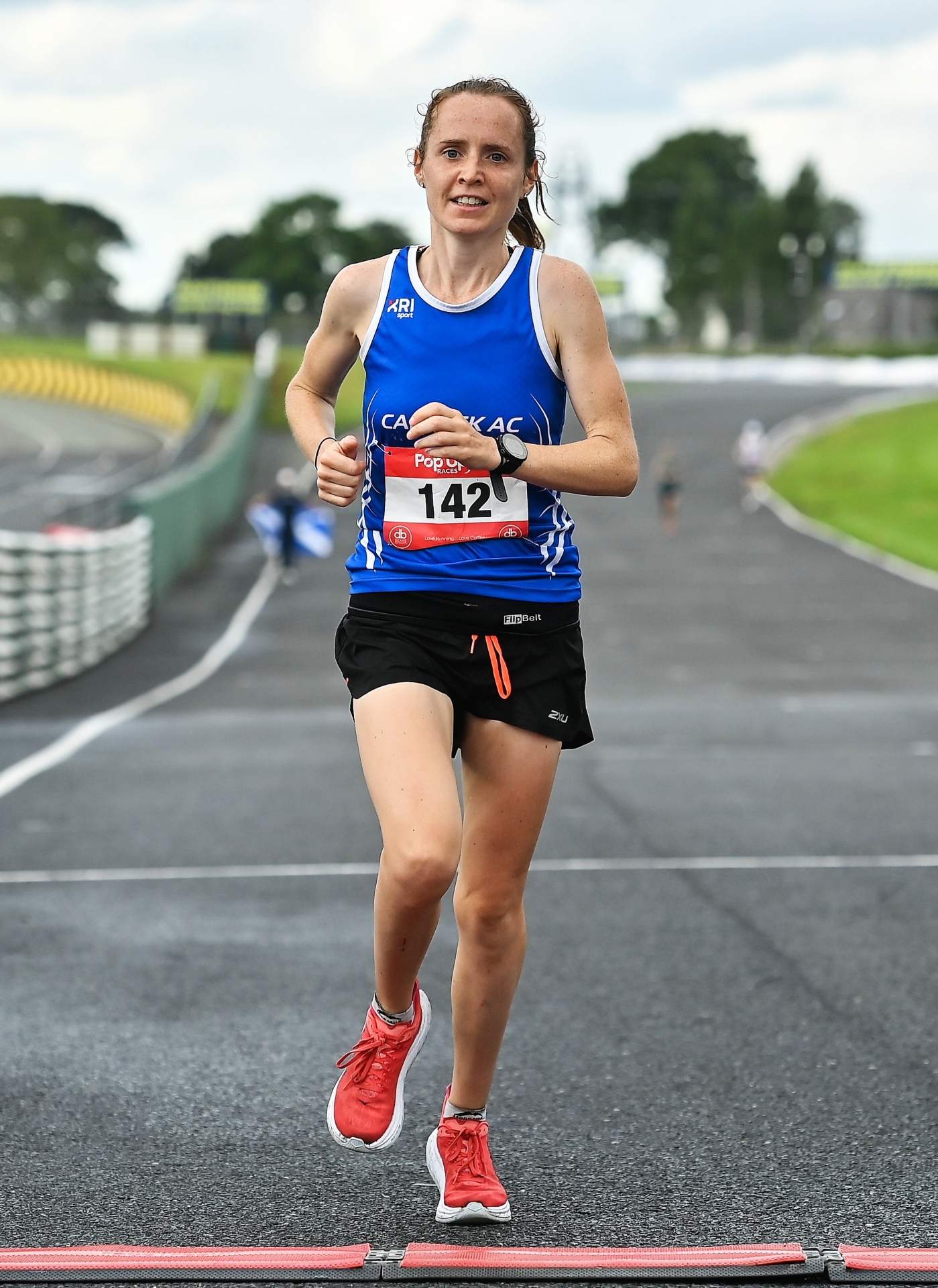 The athletics season got into full swing over the last week with three Leitrim club athletes winning gold medals at national indoors finals in Athlone over the weekend while Carrick AC's Deirdre Martin was called up to represent Ireland in the Anglo Celtic Plate 100km in Scotland in April.

The daughter of Leitrim football legend Mickey Martin, Deirdre earned her call up after taking up ultra-distance running over the past few years and finishing third in the National 100Km last August. Deirdre, a juvenile coach with Carrick AC, will race in Perth on April 3 this year.

On Saturday, Ellis Conway scored a big victory when she won the women's 800m at the Irish University Indoors Finals in Athlone. Ellis clocked a time of 2.19.80 in the colours of DCU in a comprehensive victory for the Carrick AC athlete.

Another 800m gold followed on Sunday at the National Masters Indoors when Ann Wynne continued her gold medal winning streak when she won the Women's O50 race in a time of 2.43.97, nearly four seconds clear of the silver medal winner.

Leitrim's gold medal haul was complete when Susanne O'Beirne won gold in the O45 Women's Walk in Athlone, winning her event by exactly two minutes in her first outing in the event.

Another Leitrim athlete claimed gold when Michael Cornyn from Ballinaglera won gold in the Men's O60 400m in a time of 63.8 while also finishing second over 200m in the colours of Dunboyne AC.

Carrick AC's Alannah McGuinness was also in action in the University Indoors, running 7.98 in her 60m heat after recovering from illness and injury.

The full list of Leitrim finishers is as follows: