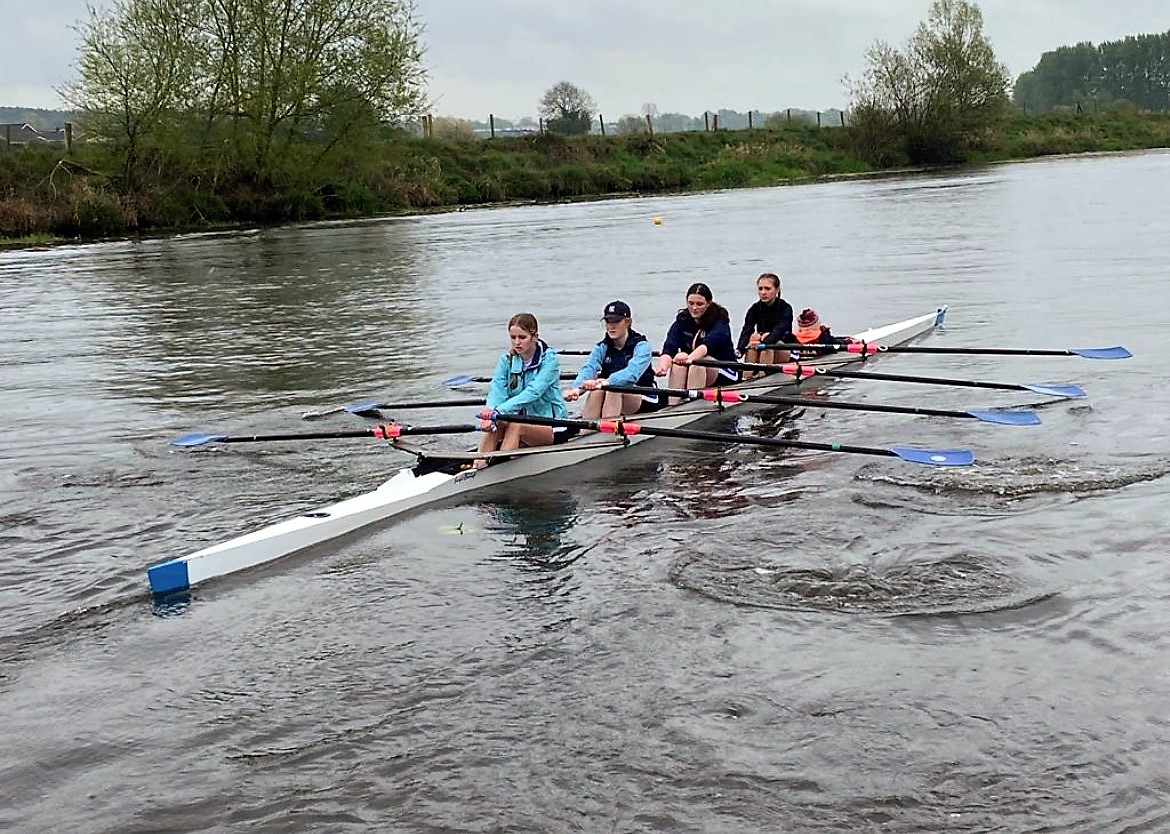 A busy few weeks for Carrick on Shannon Rowing Club with action in the Portadown Regatta and the unveiling of a new boat.

On April 30, Carrick rowing club attended the Portadown Regatta up in Co. Armagh. Over the years, Portadown Regatta was always one of the clubs most enjoyable regattas to attend, and this year was no different.

There were plenty of oars people in attendance, and the club was there loud and proud sporting their Carrick colours. With 45 rowers competing for the club, it was inevitably a long day of racing.

The racing day started off at 8am, with some of the J16 boys taking to the water to race at 8:06am. An early start for the lads which ended bittersweet as their opposition just nipped them at the finish line.

The J16 girls were next to race from the club, both in a 4x+ and two 2x. The quad had a tough race which ended in disappointment, but having both doubles racing next to each other for their race, there was bound to be a winner!

Leah McLoughlin and Rebecca Lee clipped the line just metres ahead of Ellen Daly and Aoife McGovern which created some friendly competition between the two crews.

Later in the afternoon we had our first medal of the day, with Fionn and Ruben both having great rows in their double which led them to victory in both the semi and final. Only being new to the racing scene, it was great to see such a win.

Much like the last regatta, the J14/J15 girls swept the floor when it came to their races. Two j14 quads took to the river that afternoon, and neither of them were going to let any opposition pass them by on that course.

The A boat with Caoimhe McGovern, Elizabeth Flynn, Aifric Gibney and Izobelle Murphy had a fantastic race, as did the B boat with Roisin McCauley, Deryn O’Rourke, Ruth Beirne and Rebecca Dunne. They went home proud that afternoon with medals dangling from each of their necks.

The winning streak didn’t end there though. The J15 quad took to the stage next to put out a great performance leading to their victory also. Rylee Carney, Hannah Butler, Emily O’Connor and Katie McDermott had left their competitors for dust as they raced down the course with great speed.

Keeping to the J15 age group, in the double with superstar sisters Clodagh & Sophie Daly followed in their teammates footsteps and went out with a bang to cross the line in first position. Medals all around for these girls!

The J18 age group had a successful day of racing, with the girls quad of Patrycja Kaminska, Mae Harman, Sarah Lee and Grace Earley tearing down the course to  earn their medal. The boys quad with Daragh Callaghan, Colin McGrath, Joe Chilton and Eolann Nugent had  luck on their side, which led them to row past their opponents and claim the medal.

Overall it was a great day of racing for the club all rowers went home with their heads held high.

In other news, the launching of the “Joe Lowe” quad took place in the club recently. Joe Lowe, a local publican and singer, was always fond of rowing and spent lots of his spare time down by the Shannon.  To honour his rowing legacy, the Lowe family sponsored a boat so that Joe Lowe could row down the river once more.

There was a great turnout on the day, with past and present members of Carrick rowing club and Carrick town in general down to witness this lovely event. Hopefully the “Joe Lowe” will get many spins “where the Shannon waters flow…”