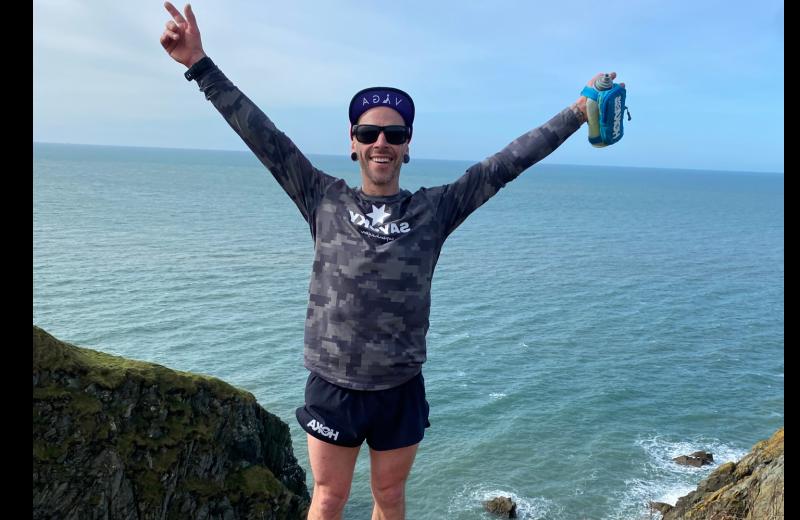 Leitrim County Council's corporate policy group is to further discuss the possibility of holding a civic reception to honour world record holder, Ricki Wynne.
Cllr Gerry Dolan brought forward the proposal at the June Municipal District meeting.
“It's not too often we get a world record. We should recognise him for that and for the amounts of funds he also raised,” said Cllr Dolan. He then asked that the Council hold a civic reception to honour the athlete.
His motion was seconded by Cllr Brendan Barry.
However Head of Finance, Water, Environment, Climate Action and Emergency Services, Vincent Dwyer, said that discussions within the Council found that this didn't “strictly meet the proposal” for a civic reception.
“It is felt that it probably more suited to the Sports Award organised by the Leitrim Sports Partnership which is coming up later this year,” said Mr Dwyer.
He said that if councillors still wanted to pursue the idea of a civic reception the matter could go back for discussion at the next corporate policy meeting.
Cathaoirleach, Cllr Enda McGloin suggested that the focus be on the fact that Mr Wynne broke a world record rather than on the sporting angle.
“I'd be suggesting that we ask the corporate policy group to examine it in terms of a world record being broken rather than a sporting event,” he said.
Cllr Barry agreed, noting that “I don't know how many of you has climbed (Croagh Patrick) once. For him (Mr Wynne) to do this 15 times and the last time to do it in 82 minutes and leaving a half hour to spare, that is a totally remarkable achievement. I would love to see him honoured for that,” said the Sinn Féin councillor.
“I went up (Croagh Patrick) in 1990 and I'm not over it yet,” quipped Cllr Paddy O'Rourke, “but I'd like to point out when I did it, it was the wettest day on record.”