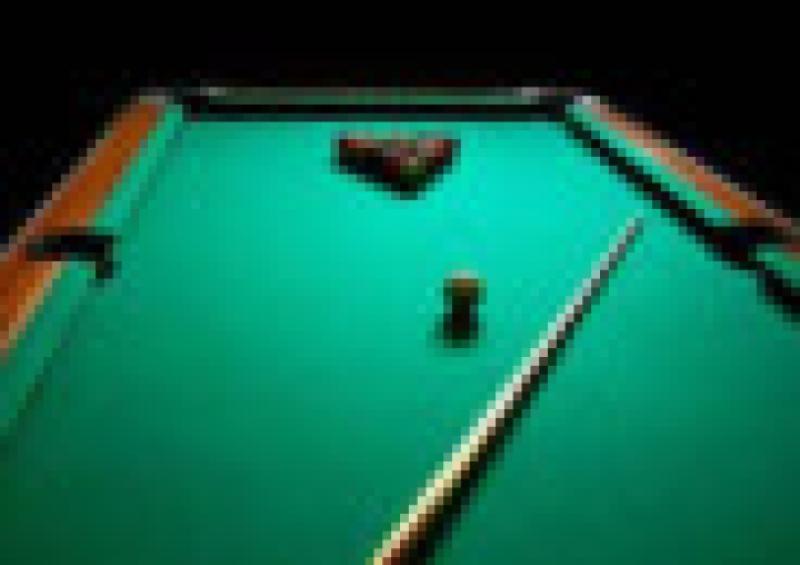 Unprecedented success last year for Leitrim’s Junior pool players was unfortunately matched this year by unprecedented disappointment as the county’s players reached the finals of the All-Ireland U-21, U-18 and Finals only to lose all three.

Unprecedented success last year for Leitrim’s Junior pool players was unfortunately matched this year by unprecedented disappointment as the county’s players reached the finals of the All-Ireland U-21, U-18 and Finals only to lose all three.

Played in Green Isle Hotel on the May Bank Holiday Weekend, Leitrim’s players put in a fabulous performance but were denied glory in all three events.

Having booked their place in the semi-final, Leitrim delivering a masterful performance in the other semi-final, defeating Tyrone 8-0 with Jamie, Keith & Kevin winning two frames each and Joe & Daragh one each.

The final, however, saw Wexford repeat their previous scoreline against Leitrim, winning 8-6 after the Leitrim lads got off to a great start, winning 3-2 in the first session. However, a 4-1 loss in the second put them on the back foot with the honours shared in the third, 2-2, as the title headed south east.

U-21: Wexford again proved Leitrim’s downfall in the U-21 Final as defending champion Kevin McWeeney played a very talented Jordan Doyle. In a tit for tat battle that saw Kevin and Doyle swap frames up to four apiece, Doyle took control with wins in the ninth and tenth frames and despite Kevin pulling back a frame, the Wexford player won the 12th to take the title. All four Leitrim players reached the quarter finals: Jamie Gaffney losing 6-3 to Doyle, Daragh O’Shea losing 6-2 to Jordan Sinnot and Joe Maguire, despite being 4-0 up, lost 6-4 to Kevin McWeeney. Kevin defeated Adam McMaken Tyrone 6-0 in the semi-final.

Under 18: Again Leitrim performed exceptionally well with Stephen Gordon losing in the second round with Daragh O’Shea losing 5-3 to Jamie Gaffney in the quarter final. Kevin McWeeney lost 5-nil to Jordan Doyle in the semi-final, Keith Conlon won 5-4 defeating Jamie, having led 4-0, to book another Leitrim place in the final. In the Final, Keith was level with Doyle after four frames but the Wexford player won the next four to complete the double.

World Championships: Congratulations to four Leitrim Junior players who have won their places on the Ireland Junior team to represent Ireland in the World Championships: Kevin McWeeney, Daragh O’Shea, Keith Conlon and Jamie Gaffney make up half the Irish team to play in Blackpool by the end of June/start of July.

Irish Championships: To be played in the South Court Hotel, Limerick on the June Bank Holiday weekend. Leitrim will be represented by the Senior Mens & Ladies teams. The LPA would like to wish both teams the best of luck as well as all the players involved.