Good day for athletes in Athlone as Laura suffers in heat 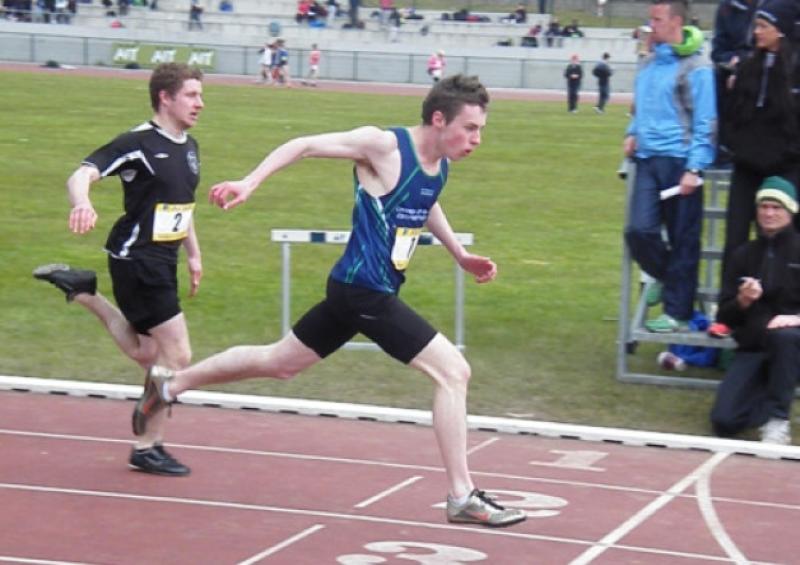 Contrasting conditions were experienced by Leitrim’s athletes over the last week with Leitrim schools well to the fore at the Aviva Connacht Schools Track & Field last Thursday in cool and showery conditions in Athlone while Olympian Laura Reynolds found the 30 degrees plus of heat at the European Cup 20Km Walk in Dudince too difficult to overcome.

Contrasting conditions were experienced by Leitrim’s athletes over the last week with Leitrim schools well to the fore at the Aviva Connacht Schools Track & Field last Thursday in cool and showery conditions in Athlone while Olympian Laura Reynolds found the 30 degrees plus of heat at the European Cup 20Km Walk in Dudince too difficult to overcome.

The Eslin walker’s first outing over 20K since the Olympics was not a happy one as , like many of the competitors in the event which was held in over 30 degrees, she found the conditions difficult and dropped out soon after halfway.

Conditions were rather different in Athlone last Thursday with showers and cool conditions greeting the athletes but competitions from the county fared well, with Carrick-on-Shannon Community School doing particularly well in winning four titles and having seven athletes qualify for the All Ireland in Tuillamore on Saturday June 1.

Cathal McElgunn was an impressive winner of the Senior 200m and went on later to take third in the 400m. Cian Murray won his first ever Connacht title with an easy victory in the Senior 800m, leading from gun to tape, while Stephen McDermott shared first place in the Inter High Jump with a personal best of 1.66m. Tom McCabe completed the list of Carrick winners, taking gold in the Junior Long Jump with a leap of 5.35m, also his first Connacht schools title.

St Clare’s Manorhamilton took two titles through Liadh Broughton in the Senior 100m and Gary Fowley in the Intermediate 200m while Mohill Community College’s walkers continued their winning ways with the Beirne sisters Deabhaile and Michelle impressive victories in the Junior and Senior Walks. Mohill also had another winner in Mollie Crossley who took a double in the Inter 80m & 300m Hurdles.

Carrick’s Joanna Duignan took second to the Schools International Alanna Lally of Presentation Athenry in the Inter 300m and Ciara Dowd was third in the Inter Javelin.

Carrick’s Elise Bruen took third in the Junior 200m and 800m events, with Dearbhaile Beirne one place ahead of her in the 200m. Carrick’s Brian Finn was second with Sean Chandler third in the minor long jump.

St Clare’s Mary Broughton took the runner up spot in the Minor 1500m with Carrick’s Kasey Bruen, who led for most of the race, just outside the medals in fourth.

For Mohill Community College, Aisling McNabola was runner up in the Inter Walk and Sibeal Reynolds was third in the Minor Long Jump.

With favourable weather conditions there were some very good performances at the Leitrim Community Games in Manorhamilton on Sunday last.

The outstanding competition of the day was the Boys’ Under 14 800m where Riordan O’Rourke of Ballinamore and Vincent Sweeney of Manorhamilton battled it out from start to finish. The lead changed on a number of occasions until O’Rourke took a narrow lead into the finishing straight and went on to take the title.

We had an extremely busy weekend with action in Mullingar, Boyle, Athlone and Manorhamilton. Last Wednesday in Mullingar, we had a good gang out for their 5K series with Graham Allen first across the line in 18.04 with the following results: Graham Allen 18.04; Kenneth Smith 19.21; Fintan Greenan 20.13; Emily Cullen 23.03; Padraig Murphy 24.04; Una Daly 27.20.

On Sunday, our youngest members were in action in the Community Games Finals in Manorhamilton and well done to everyone who performed so well. Aine McGwynne (U-10 100m), Sean Brennan (U-10 Hurdles) and Grace Coles (U-10 Hurdles) all qualified for the National Finals by winning their events while the following won medals: Olwynn Moore 2nd U-10 100m, Sophie McCabe 3rd U-10 200m , Cian Mollahan 3rd U-10 200m, Cian Singleton 2nd U-12 Ball-throw, Brian McElgunn 2nd U-16 100m, U-10 Mixed Relay (Sean Brennan, Alex O’Boyle, Grace Coles and Olwyn Moore) 2nd. Thanks to everyone who showed up, competed or helped out on the day. Also on Sunday, Clive Glancy was in action in the Curlews 10K.

On Thursday last, we had a very successful day at the Connacht Schools in Athlone with Cathal McElgunn (Senior 200m), Stephen McDermott (Junior High Jump), Tom McCabe (Junior Long Jump), Mollie Crossley (Inter 300m Hurdles) and Cian Murray (Senior 800m) all winning Connacht titles while Joanna Duignan (2nd Inter 300m), Elise Bruen (3rd Junior 200m & 800m), Brian Finn (2nd Minor High Jump), Shaun Chandler (3rd Minor Long Jump), Cathal (3rd Senior 400m) & Ciara Dowd (3rd Inter Javelin) all won medals. Callum Whelan, Kasey Bruen and Sara Crowe were also in action with Kasey particularly unlucky to miss out on a medal in the Minor 1,500m which she led for most of the race only to finish fourth. What was particularly pleasing was the number of personal bests achieved on the day, from Cathal, Cian, Stephen, Tom and Joanna while Cathal finished off a busy two days, having been the joint winner of the Carrick Community School Sports Person of the Year award the night before.

Any members who are available to help out tonight (Wednesday) with the stewarding of the Leitrim Ladies Open 5K in Carrick are asked to turn up at the Sports Complex at 6.30.

Finally, get well wishes to Dara Morahan who is recovering from illness at the moment - hurry back soon as it is really quiet at training without you!