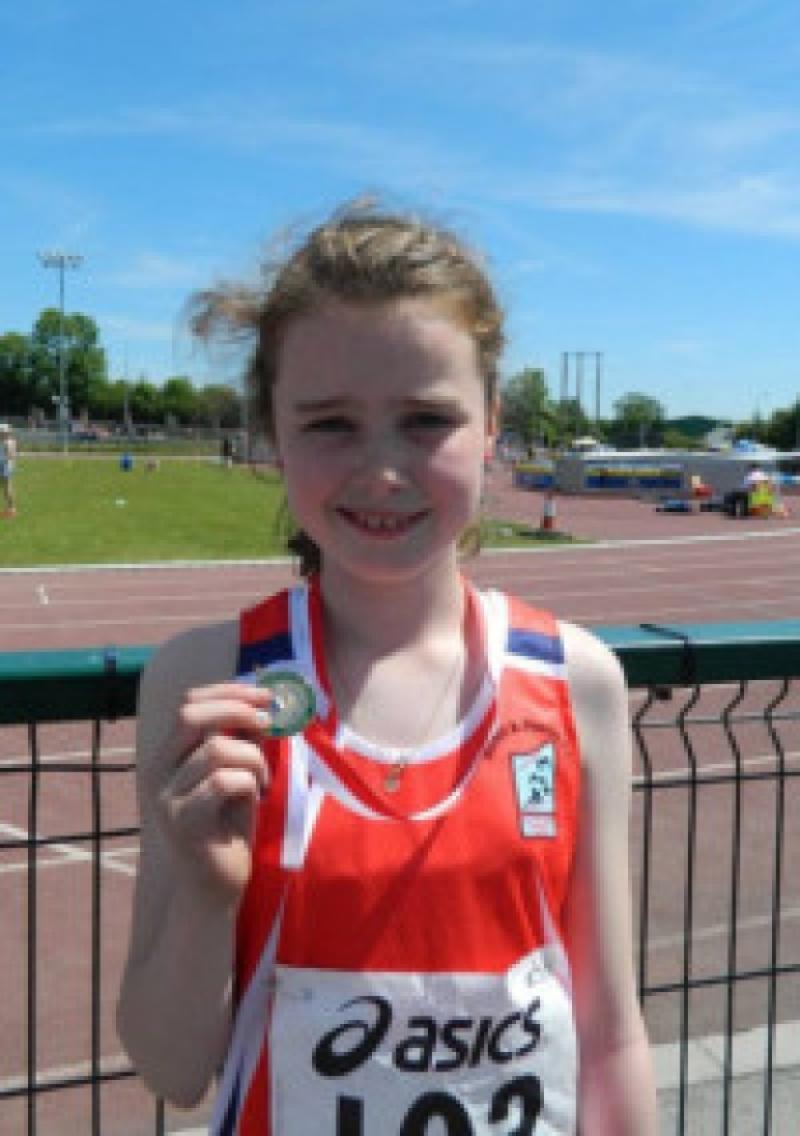 Gold was definitely the colour last Saturday in Athlone as Alannah McGuinness and Caitlin Surliss both struck gold in the Western Region Finals.

Gold was definitely the colour last Saturday in Athlone as Alannah McGuinness and Caitlin Surliss both struck gold in the Western Region Finals.

Caitlin and Alannah were Leitrim’s two individual winners on a day when North Leitrim AC’s pair of Sarah Brady and Ella McDaid also won gold medals in the U-11 Team Competition in soaring temperatures at the Athlone Institute of Technology.

Mohill & District AC runner Alannah McGuinness went one better than her silver medal in the Indoors U-12 60m as her greater strength saw her prevail in a very tight finish with a GCH athlete. However, there was clear enough daylight between the two runners for Alannah’s victory to never be in doubt.

Carrick AC’s Caitlin Surlis added to her gold medal from the indoors with a dominating victory in the U-12 Turbo Javelin in Athlone, demonstrating great arm speed to take a well deserved victory.

North Leitrim’s victory in the U-11 Team Competition 600m was equally impressive as both Sarah Brady and Ella McDaid finished in the top five of their races, Ella in the top two in her race. The two runners times were combined and the North Leitrim runners were easy winners.

There were also silver medals for Erica Greene & Helen Verachtert of North Leitrim in the Girls U10 Turbo Javelin while their clubmates Patrick Montegomery & Hugo Filan won bronze medals in the Boys U10 Long Jump.

Carrick AC’s Patrick Charles and Jack Casey also won silver medals in the sprint to qualify for the All-Irelands which are due to be held in Finn Valley in Donegal.

Carrick AC’s U-11 Girls team of Emma O’Connell, Aine McGwynne, Lisa Burke and Johanna Dietz were just outside the medals in the 4 x 100m relay, finishing fourth in a high quality race.