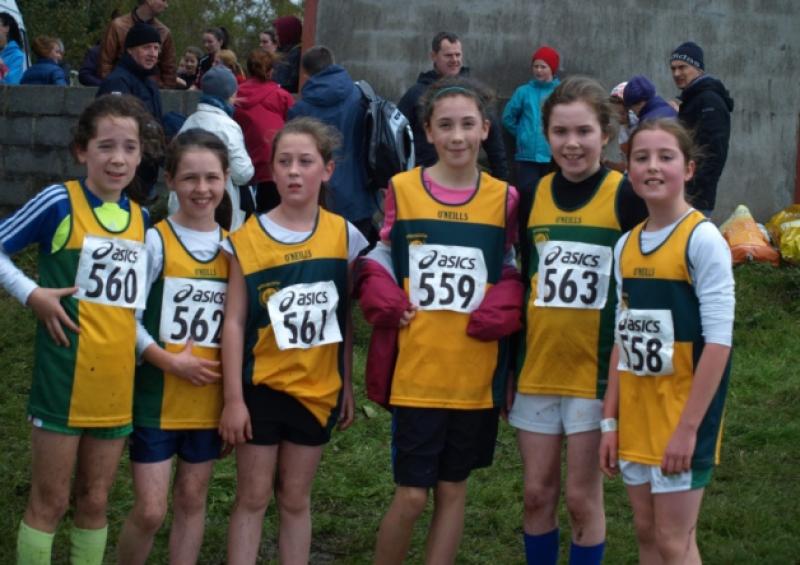 After five successive competitions held in Ballinamore, it fell to North Leitrim to be host and despite the blustery conditions, the event an outstanding success from an organisational viewpoint with everything going off without a hitch.

The high point was the winning of bronze medals by the U12 Girls County team which finished third on 139 points behind Mayo (61) & Galway (78). Two of the girls, Ella McDaid of North Leitrim and Ellie O’Rourke of Ballinamore took ninth and tenth positions to qualify for the Connacht team in the All Ireland in Santry on Sunday November 17.

Ballinamore finished sixth team with 130 points in the U12 Boys and their placings were: 27 James Wrynne, 32 James Honeyman, 35 Fergal McLoughlin and 40 Danny McWeeney. Other Leitrim placings were 46 Diarmuid Giblin and 48 Ruairi Power (North Leitrim). The Leitrim County team finished fourth on 224 points behind Galway (53), Mayo (56) and Sligo (111).

In the U16 Boys event Jack Gilheany of Ballinamore had an excellent race to finish fifth while his teammate Ciaran Kenny also ran well above himself to take12th and qualify for the All Ireland. Riordan O’Rourke finished 17th.

In the Senior event Liam Feely of North Leitrim finished second to Roger Barrett of Ballina. The overall positions will be decided when the final leg is run in Moore on Sunday next when the Connacht AAI Uneven Championships as well as the third and final leg of the Senior, Intermediate and Masters Championships take place in the Roscommon venue at 1pm.