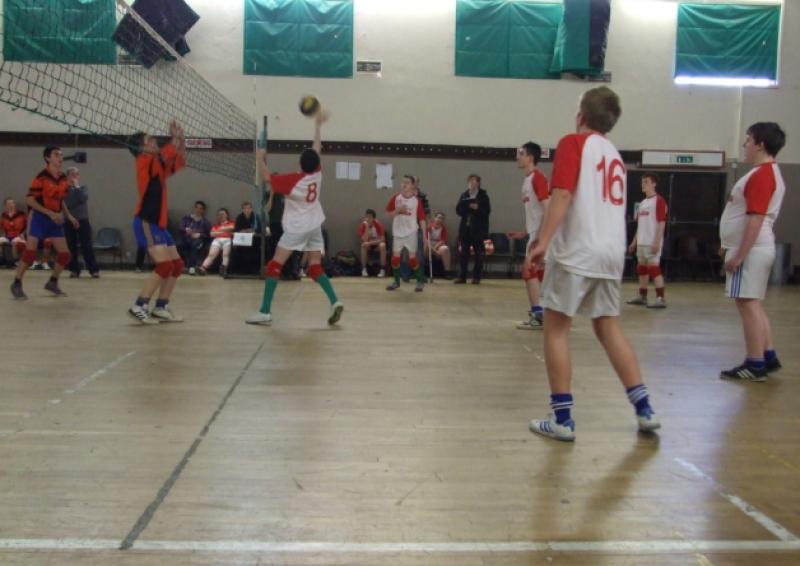 A frenetic pace was needed in the Mayflower Drumshanbo when five teams played out nine matches to decide order of seeds in this season’s championship.

A frenetic pace was needed in the Mayflower Drumshanbo when five teams played out nine matches to decide order of seeds in this season’s championship.

Although Elphin A duly topped the group, Drumshanbo VS’s Ds, the school’s fourth string were just hoping to be competitive.

But, after two matches, helped by Darren Hennessy’s consistent serving, Gavin Flynn’s pouncing at the net, Liam Rowan’s retrieving and Sean Prior’s receive of serve they had opened up winning leads in the first set of their first two matches against expected strong Elphin A and Drumshanbo B.

Athletic chasing by Mark McMahon, a 100% service record from Conor Daly, a stunning debut by Cormac Reynolds and a vital interception by Mathew Boyle in a very tight set against Manorhamilton meant that the Ds took sets in all matches which left them 2nd for the day overall.

Drumshanbo Bs came good late in the day. After spluttering badly in earlier sets they gave their best performance against St. Clare’s. There were flicks across the net from Diarmuid Beirne, Declan Kelly, and Caolan Carty, long deep serves from Darren Earley and Shane Clarke and Liam Brady set up Fergal McWeeney for spike winners.

For most of the Manor team this was their first outing whereas the other schools had all played Junior so they did quite well with their set win and near misses .