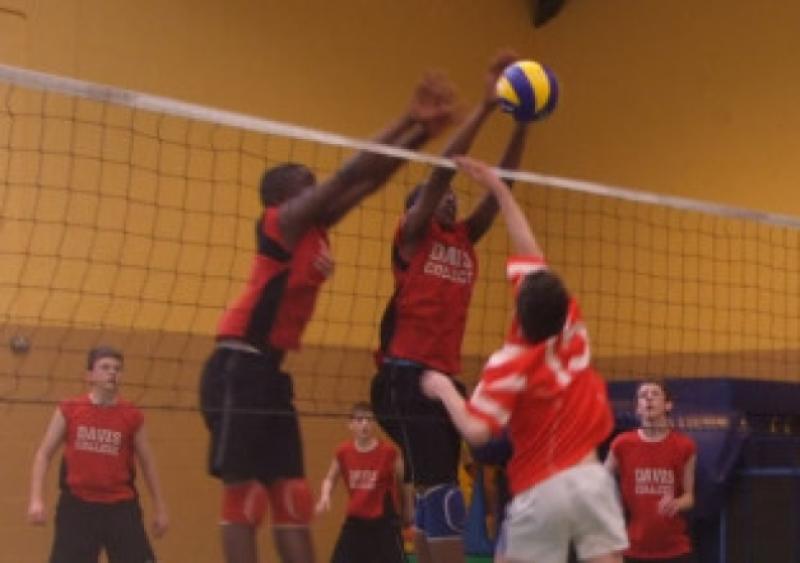 A magnificent start for Drumshanbo VS in the All Ireland semi final against a mighty Mallow side wasn’t enough as the Cork giants responded in the second and third sets.

A magnificent start for Drumshanbo VS in the All Ireland semi final against a mighty Mallow side wasn’t enough as the Cork giants responded in the second and third sets.

It was looking to be a long day in Loughrea as this All Ireland semi final got underway. Both teams full of determination as a rally began at 0-1 which seemed like it would never end. The teams seemed evenly matched but, with two Luke Tuite serves and three great blocks from Cormac Griffin, Drumshanbo pulled away.

Drumshanbo were flawless in this set and rarely made mistakes, only missing one serve in total. Mallow did come back at times but Drumshanbo were well able to deal with their power. Raymond Gallagher showed this with a superb dig at 13-16 and two great spikes further on.

Drumshanbo remained in control and Luke Tuite finished the set out in style with a brilliant spike as Drumshanbo were dominant and Mallow’s mistakes really did cost them.

In the second set, Mallow took a page out of Drumshanbo’s book. They learned their lessons in the first set and were ready for everything Drumshanbo threw at them.

Mallow sped into the lead and despite another long rally at 3-9, Mallow won that point which was just another boost for them. A great display of spiking and blocking from Luke Tuite and Fergal Gilmartin wasn’t enough to get the vital scores.

Mallow were a lot better in this set and despite Thomas McManus’s hard hitting and clever play from Kian Gibbons, Drumshanbo just weren’t let do the things that came so easily to them in the first set, Mallow winning 12-25

Both teams were determined to do well in this set as the winners would proceed to the final. Try as the might, it was not Drumshanbo’s day. Danny McLoughlin was started for this set and got a great block at the start.

At 1-1, there was a 36 touch rally which Mallow won. This was much the same story as the second set as Mallow demonstrated their power and class. At 22-12, things were looking grim for Drumshanbo but this is when they upped the tempo.

This push proved too late as Mallow only needed a couple of points to win. Mallow did in their final point again demonstrate that power they had been showing all day and no - one could deny that they were deserving winners.

Drumshanbo had some great play near the end and showed good character to comeback but it was too late as Mallow only needed two points to seal victory.

Drumshanbo can be proud of themselves knowing what they achieved already. Gallagher and Gibbons had another 100% service day with Gibbons extending his season run to 45 in a row - the best school run since 2007. McManus also had another great all court day.

When Cian Beirne got a minor hand injury at football 10 days before the game it seemed to be a temporary set-back but his all court game was not possible and, even as a libero, he was restricted in his play. It proved a big loss.

Drumshanbo shouldn’t feel too hard done by as they can hold their heads up high knowing that as a team they can only improve and have many more years together as they go up through the cadette and senior ranks.

This loss to Mallow ends a 23 year consecutive run of getting to school volleyball all Irelands. All good things must pass. But they nearly made it!

• In the previous round, Sam Tighe hit 37 serves in a row on one day for Drumshanbo B which could be an all time school record for a single day’s play.