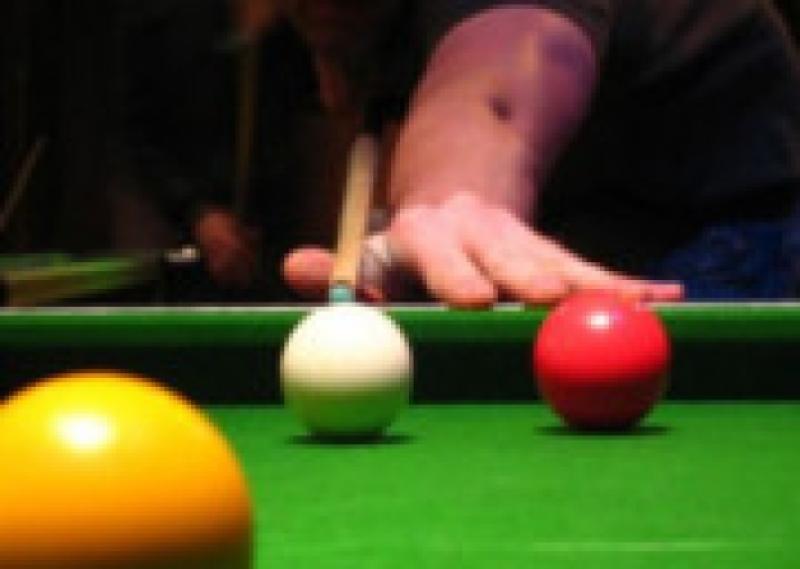 Inter County Pool Championships: Over 350 players from all over the country will contest the individual and team championships in the West County Hotel from May 29, to June 1, for the 2014 Inter-County championships.

Inter County Pool Championships: Over 350 players from all over the country will contest the individual and team championships in the West County Hotel from May 29, to June 1, for the 2014 Inter-County championships.

Leitrim teams have enjoyed great success in these championships over the years and they will be looking to emulate the success of the past next weekend in Ennis.

The Leitrim Senior Men’s team play Mayo A, Carlow A and Dublin B in their group with the top two teams from the group to qualify for promotion to the next group stage.

The teams also play in the singles competition marking a very busy weekend for all involved.

The LPA wish to congratulate all the players who qualified from the tournaments in the pool hall and the best of luck to all.

Ladies Team: The Association are proud to have a Ladies team to take part in the Ladies event.

All three players are very talented in the game and should do very well with any luck with best wishes from all involves.

Referees Course: There has been a positive response to the proposed course to be held in conjunction with the inter counties weekend.

Junior players are also welcome to do the exam.

The IPA are hoping to run the course at no cost to the people involved.

Please let me know as soon as possible.

County Pool League: On the domestic front, Taylor’s of Drumsna had a huge win over Leitrim Inn/ Monica’s in the replayed semi-final played in Carthy’s Lock 17 on Saturday evening last when they won eight frames to nil.

The result qualifies them to play Carthy’s in the final. The first round takes place in Taylor’s, Drumsna on this Wednesday night at 9:30 with the second round in Carthy’s, Leitrim Village this Saturday at 7pm.

It is expected that it will be a tight battle between the teams in an eagerly awaited final. The LPA wish both teams the best of luck playing for the J.W. Carthy Memorial Cup.