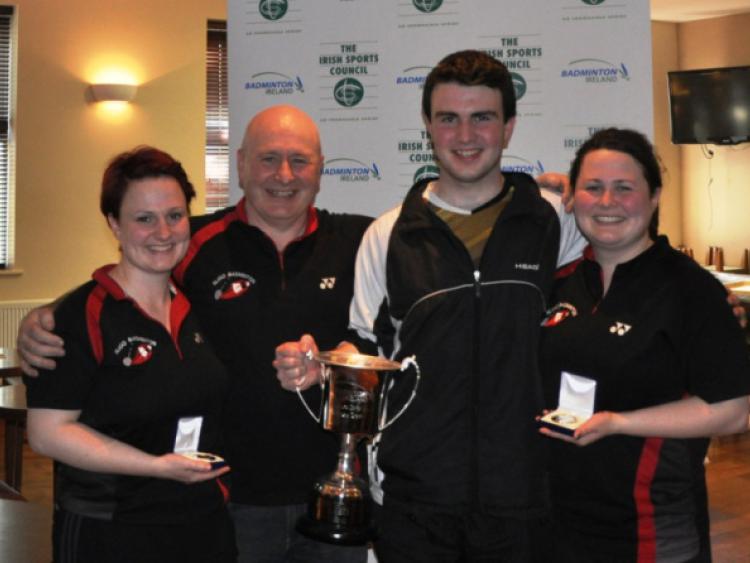 Clare, John & Threase Finnegan were all members of the Sligo Badminton Club team who struck gold at the All-Ireland Inter League Finals in Dublin.

On the day the provincial champions at each level play off against each other. Playing in the top division for Sligo Badminton Club, team captain and 2013 Leitrim Sports Person of the year John Finnegan lifted the highest trophy in League badminton.

He was joined by his sisters and teammates, Threase and Clare. The girls both have All-Irelands to their names in lower leagues but this was the one that top Irish badminton players dream about.

The victory was made all the sweeter by the fact that John and Clare both played on the Sligo team that reached last year’s final only to lose out narrowly to UCC.

The three siblings have had to put in a very big commitment in terms of time and travel to train and play at the top level in badminton. Back home in Leitrim the family also play and train with Ballinamore Badminton Club, where the committee and coaching staff are putting in a lot of effort to train juveniles.

Hopefully, in the future, a Leitrim club will be able to field some top league teams. For any aspiring young players in Leitrim, the trio have shown that it is possible to reach the very top.