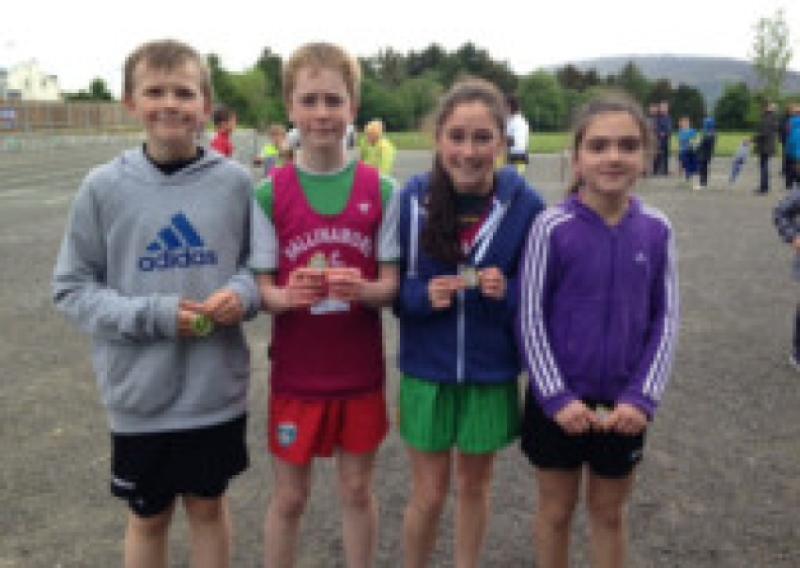 The Mohill native set two personal bests for the 100m and 200m sprints, breaking the 11 second barrier for the first time in the shorter distance while also winning the B race over the 200m.

Eanna, who had lined out with Mohill the previous evening in their Division One victory over Aughnasheelin, ran a storming new personal best of 21.56 seconds for the 200m when demolishing the B race in Santry, winning by nearly three quarters of a second.

The time eclipsed his previous best of 21.94 seconds set this year in the Indoor championships and would have placed him fifth overall in the A race, just one hundreth of a second behind the time of Irish 400m champion Brian Gregan.

In the 100m, the Carrick AC runner ran a superb time of 10.92 seconds to finish seventh over the shorter distance, his first time to break the 11 second barrier and a great performance.

Eanna finished off his day by running the third leg for an Irish select team in the 4 x 100m relay.

Eanna was joined by Carrick AC team-mate Cathal McElgunn in the 200m with McElgunn finishing seventh in his race in a time of 23.85, a new season’s best.

A number of Leitrim athletes will be in action at the Aviva All Ireland Schools Championships in Tullamore on Saturday next.

Mohill Community College will have four representatives in action. Dearbhaile Beirne will contest the Inter Girls Walk while Sibeal Reynolds, who also won at Connacht level, will be in action in the Junior Long Jump. Also qualified is Molly Crossley in the Senior 400m hurdles and Keith Beirne in the Senior Shot.

Carrick-on-Shannon CS have three qualifiers - Brian Finn took second in Connacht in the Junior High jump while Stephen McDermott was also 2nd in the Inter event. Elise Bruen qualified for the Inter 300m.

St Clare’s have Mary Broughton in the Junior 1500m and Jack Cavaliero in the Senior Long Jump.