Loughrea prove too strong for Drumshanbo 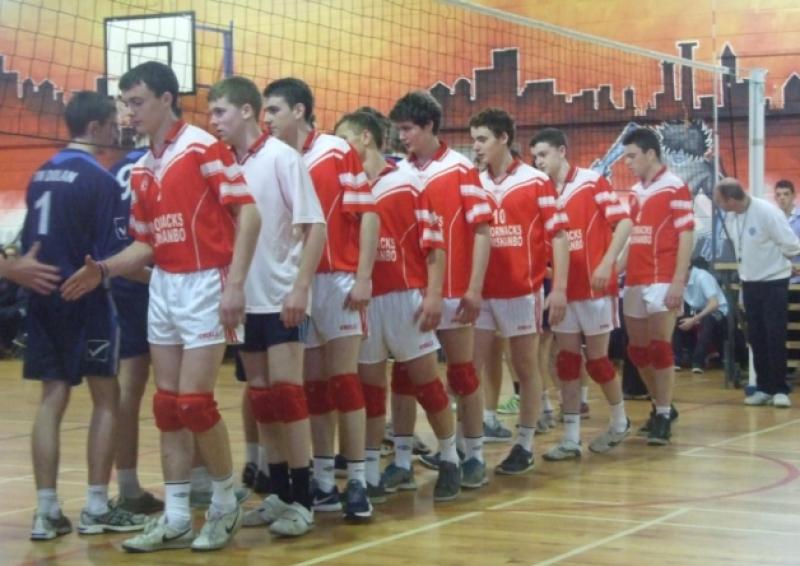 Drumshanbo just could not stem the massive tide that was St. Brigids Loughrea team in Streete last Monday in the All-Ireland Schools Senior A Final.

Drumshanbo just could not stem the massive tide that was St. Brigids Loughrea team in Streete last Monday in the All-Ireland Schools Senior A Final.

The game started very competitively with good Drumshanbo blocks making Loughrea work hard for a 3-1 lead. Then Drumshanbo turned on top form. Owen Dolan passed to Michael McCormack who set up Dolan for a scintillating winner.

Then Jacek Ozdobinski passed to Dolan who set up Kevin Moran (Murhaun) for another sharp winner. It took a 19 touch rally before Loughrea won the next point but then Jordan followed up a great spike with a winning block.

Moran hit an ace to give Drumshanbo a 6-4 lead. But despite some great Alan McTigue hitting, two debatable decisions, some errors from Drumshanbo, Loughrea scored 11 consecutive points to take control.

The set then went point for point thanks to aces and good hits from Dolan and Kevin Moran but the Loughrea spike proved too strong for the resilient Drumshanbo team.

The second set gave more tension as after poor start to the set, trailing 3-9, Drumshanbo started to grow into the set.

They broke the Loughrea service straight away on four separate occasions, helped by Dolan’s spikes and blocks and big spikes from McTigue and Moran and great setting from Michael McCormack and Jordan Earley. Drumshanbo only trailed 15-18.

But throughout the set Loughrea had one golden man-Fintan Burke, who whether with quick spikes from the front or outrageous power from the back continuously kept Loughrea ahead.

The third set began brightly for Drumshanbo with four serves from Moran including an ace, bringing them from 2-6 to 7-6 ahead.

The score was tight at 10-10 and 12-14.Still the quality of the Loughrea team began to show. The spiking power that Loughrea had was too much for the Drumshanbo block. Kevin Moran (Aughnagallop) came on but Loughrea won.