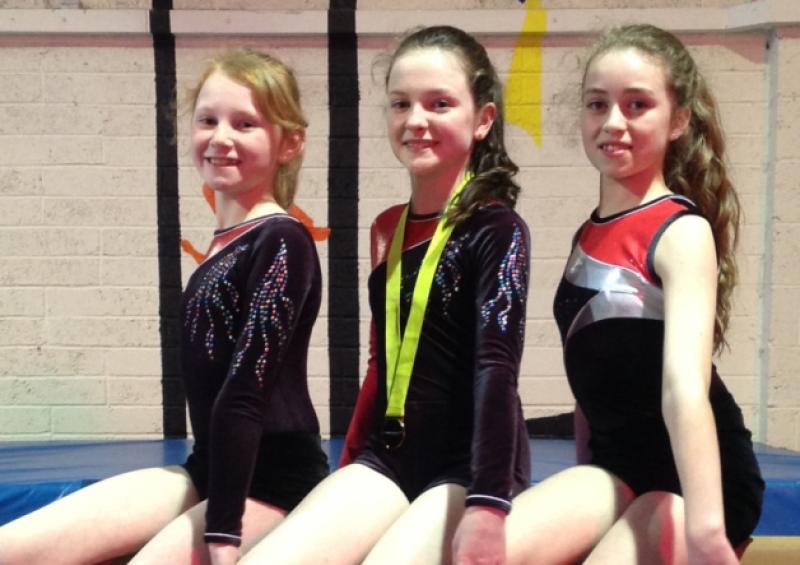 On March 28 & 29, three gymnasts from Carrick-on-Shannon Gymnastics Club travelled to Limerick to take part in the All- Ireland Gymnastic finals, Level 2-5.

On March 28 & 29, three gymnasts from Carrick-on-Shannon Gymnastics Club travelled to Limerick to take part in the All- Ireland Gymnastic finals, Level 2-5.

Roseanna Callan, Kate Murphy and Aine Lyons had been working for months on their routines. They had to compete on four apparatus - floor, vault, beam and bars, and all scores counted for their all-round total.

Medals were then presented within each region and for the All-Ireland champions at each level. With every score and unfortunately every wobble counting it was an extremely difficult competition.

Roseanna had three great routines but didn’t vault as well as usual and that left her just outside the medals in fourth place in the West region.

Kate, at just 10 years of age, had moved up to Level 4 had some stiff competition. She performed a skillful floor routine and got a bonus on bars but with a fall off beam her score dropped and so did the chance of a medal.

Aine’s competition started on bars where she also achieved a bonus for her dismount and her best score of the day - 11.70.

Next up it was beam, Aine worked through the routine elegantly and confidently to score 11.10.

Heading to floor Aine was looking forward to her favourite piece, her front somersault landed well and the work she had put into her dance paid off. She finished with a steady score on vault to give her a total of 43.167- the best in the West region.

Winning regional gold was a proud moment but when the full results were distributed we found she was just 0.03 away from an All-Ireland medal - fourth in the whole of Ireland, a great achievement.