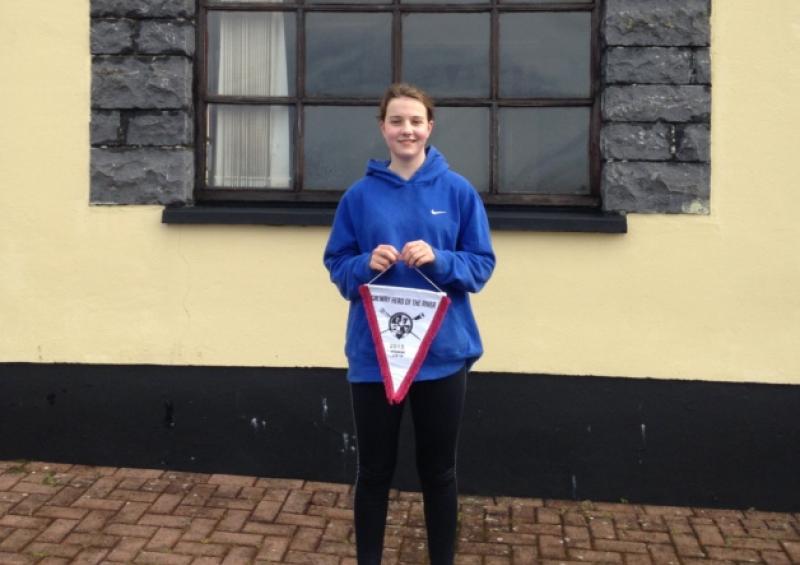 Carrick-on-Shannon Rowing Club’s Tara Duggan won the very competitive Women’s Junior 16 single scull at the Galway Head of the River a recent competition but only got the pendant this week.

Carrick-on-Shannon Rowing Club’s Tara Duggan won the very competitive Women’s Junior 16 single scull at the Galway Head of the River a recent competition but only got the pendant this week.

Interestingly while beating all the Junior 16s in the event, Tara also finished three seconds clear of the fastest Junior 18 girls also. This bodes really well going into the Regatta season as Galway Head of the River brings a close to the winter longer distance competitions.

Next up for Tara and the other crews from Carrick-on-Shannon Rowing Club will be Portadown Regatta over the shorter distance of 1.2km on May 2. This will be our first regatta of the season as the club builds towards the Irish National Championships in Inniscarra Co, Cork in July.

Carrick RC will also be making plenty of trips to the super course now in place in Lough Rynn, Mohill along with all the other clubs in the Northern half of the country. Lough Rynn provides the only other 2km buoyed course in the country and was built to Olympic Specification.

Already many clubs including Portora Rowing Club, Enniskillen , Queens Belfast and many of the Dublin based clubs have been using Lough Rynn with great success.

Carrick RFC fundraising Table Quiz takes place this Friday night April 17, in Murtaghs Bar at 8.30pm. Teams of four costs €40. This is promising to be a great nights fun as well as having some tight competition from Carrick’s finest quiz teams that have been fighting it out over the winter period.

The Club hope as many teams as possible make it on the night to support one of the country’s oldest clubs that unfortunately is in desperate financial straits at the moment and is is urgent need of much needed financial support.

Carrick-on-Shannon Rowing Club, who boast 1980 Olympian Frances Cryan among their many former champions, know we can count on the fantastic support of Carrick on Shannon and the surrounding areas as we try to stay above water. We need to raise €15000 urgently so every team on the night will count.