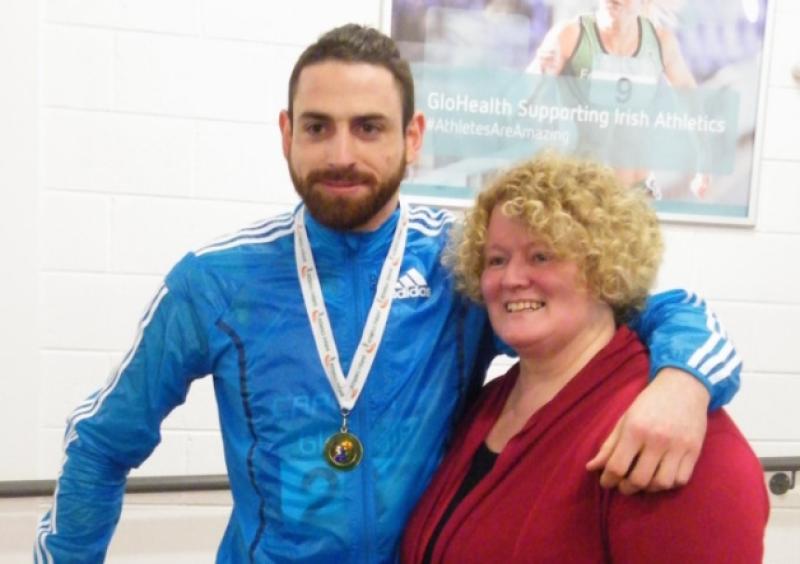 Gerard O’Donnell’s qualification for the European Indoors has caused a lot of excitement among athletics fans but the Leitrim athlete is not letting the occasion getting to him.

Gerard O’Donnell’s qualification for the European Indoors has caused a lot of excitement among athletics fans but the Leitrim athlete is not letting the occasion getting to him.

Asked about the wave of attention that has swept over him since his qualification for Prague, Gerard said “I don’t mind, I kind of brush it off, I let everyone else get excited. At the end of the day, I just have to go out to the track and run fast, keep training as I have been doing, nothing changes over in Santry at training. You tick the box, do your session, go home and recover, it doesn’t really affect me that much.”

Gerard is appreciative of all the support he has received, particularly from his club Carrick AC as he joked “There will be a big support crew going out to Prague, I think they are all looking for an excuse to get a holiday so I’m glad I can provide it for them.

“Even when I go down home, the club is there to train with. We can pop up to Sligo for sessions or train in Carrick, there is always someone there to facilitate a session, there is a lot of support there.”

Gerard also made a plea for better facilities in Leitrim - “Obviously the talent is there if we can just get people to get involved. It is hard to promote athletics when there is no facilities there to entice people in.

“If you had a track, any sort of a facility where you could say that is for the athletic club there, people might say ‘oh that looks nice, I’m going to try a bit of sprinting, a bit of long jumping or high jumping’.

“Obviously, the road running boom has taken off again which is good but we need to get athletes into the club who will represent the club in national championships and beyond.”