Colin not walking away just yet 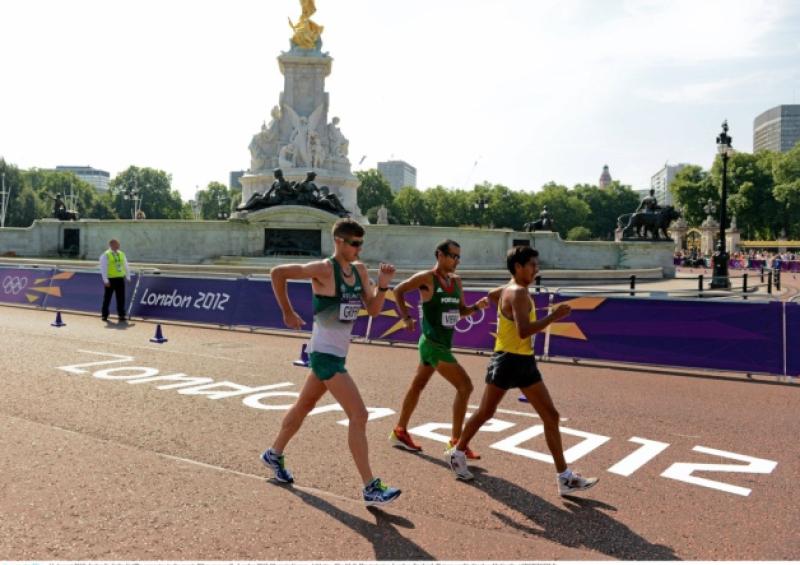 Colin Griffin has not ruled out full retirement from international athletics despite admitting he is looking forward to new challenges as he takes an extended break from sport.

Colin Griffin has not ruled out full retirement from international athletics despite admitting he is looking forward to new challenges as he takes an extended break from sport.

Colin issued the news on twitter during the week that he was taking a break from his International athletics career but speaking to the Observer at the weekend, the double Olympian said he is not walking away from the sport.

“I wouldn’t say it is a full retirement, more of an extended break,” said Colin, “I’d like to think I can make a return to top class athletics in the future but this year, I am not at the level I need to be at to get the sort of results and return I would need.”

But the Ballinamore Athletic Club walker admitted that his struggles after the London Olympics probably made his decision easier, particularly a high profile dispute with Athletics Ireland High Performance manager Kevin Ankrom after Colin was omitted from funding earlier this year.

“After over-coming a few obstacles in terms of funding and getting the qualification standard, the disappointment of getting disqualified in Londn was the first time I suppose that I noticed that my passion for the sport, my appetite was being challenged.

“With my funding being cut, it made it more difficult to regain the sort of focus you need for this sport and I had to spend a lot of time and money in appealing that decision to cut my funding, basically four months were given to it.

“There is an appeals process now and while the entire episode didn’t help, it wasn’t the main factor in my decision to take an extended break. I enjoy competing in high pressure situations but without the ability and support to be able to prepare, it was not a situation I wanted to be in.”

Colin’s decision means he will miss the forthcoming European Championships in Zurich but he believes that he will continue to compete - “Athletics is a part of my life since I ran my first race in the Carrick Open Sports when I was about five or six.

“I do have a hectic enough life with my business and coaching interests and I still enjoy training, I train every day and I might do the odd road race, I’m not going to let myself go.

“Career wise, I’ve got to make the most of the next year and I believe coaching wise, one of my biggest skills is to analyse and learn from my own mistakes and I hope to put that to good use in my coaching career with Laura Reynolds and others.”