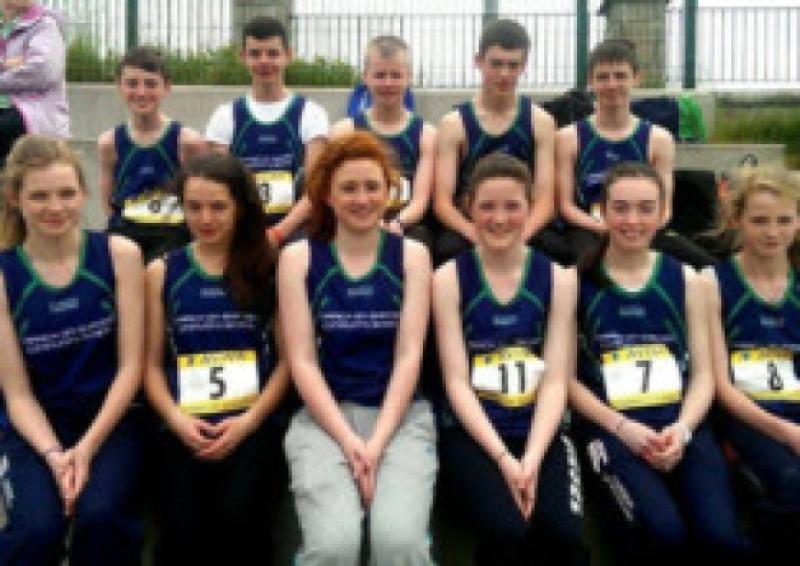 The AVIVA Connacht Schools Athletics Championships were held in favourable weather conditions at Athlone IT on Thursday last.

The AVIVA Connacht Schools Athletics Championships were held in favourable weather conditions at Athlone IT on Thursday last.

It was a historic occasion on two accounts. Electronic timing was used at Championships for the first time making it possible to provide accurate finishing positions and times to a hundredth of a second. In addition a Girls Pole Vault competition took place for the first time.

On a day when Leitrim athletes were not exceptionally successful Connacht titles were won by Mohill Community College athletes Dearbhaile Beirne and Sibeal Reynolds. Sibeal won the Junior Long jump with a leap of 4.68 while Dearbhaile was successful in the Inter 2000m Walk.

The following are the results of the Leitrim Track & Field Championships held last Friday in Manorhamilton.

The Leitrim Community Games Athletics Finals take place in Manorhamilton on Sunday next at 2 pm. Registration from 1.30 onwards. Entry fee €4 per person.