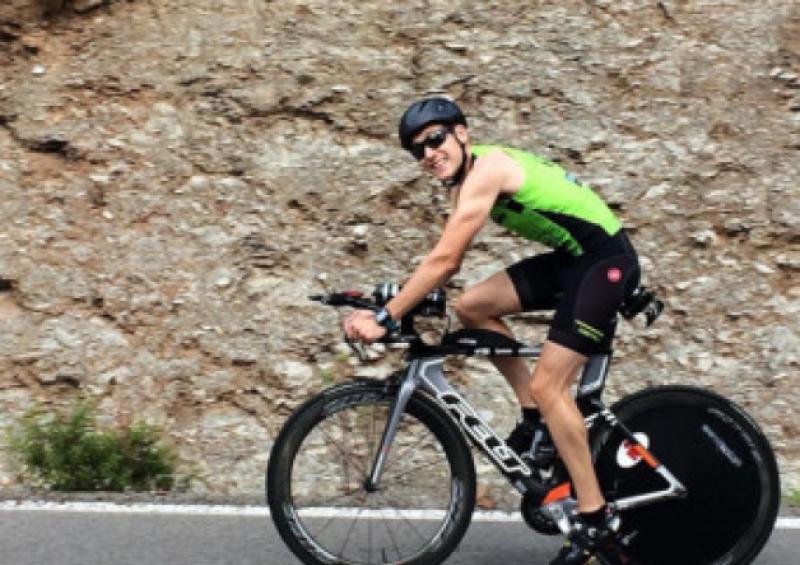 Carrick man Donnacha Holmes produced one of the most accomplished all round athletic performances from the area ever last Saturday in Mallorca by completing a sub 10 hour Ironman.

Carrick man Donnacha Holmes produced one of the most accomplished all round athletic performances from the area ever last Saturday in Mallorca by completing a sub 10 hour Ironman.

The Ironman event, which takes in a 3.9km sea swim, 180km cycle followed by marathon run (42.2km), took place in very warm conditions with the swim being changed to non-wetsuit on the day before due to the high water temperature while out on the bike and run Donnacha had to contend with temperatures reaching the high 20s.

The race started at 6.30am with the 3.9km sea swim where the Lough Key Triathlon Club man pulled out an impressive 59 minute leg. Next up was a gruelling 180km cycle around the northern part of Mallorca, including approximately 1800 metres of vertical climbing in the cycle leg.

After arriving back to Port D’Alcudia having averaged 33 kph, Donnacha produced probably his most impressive leg of the three by running a 3 hours 18 mins marathon quite literally straight off the bike.

The marathon was run in temperatures well up into the 20s and he held a consistent 4.40/km pace throughout the 42kms to come home in a cumulative time of 9 hours and 58 mins 56 seconds for the full Ironman distance.

A sub 10 hour Ironman is considered the gold standard for anyone taking on the Ironman challenge and he became one of 200 participants in the field of 2500 who took to the water at 6.30am last Saturday morning to achieve their aim.

This is Donnacha’s second Ironman and what 2015 holds for him at this stage is unknown but with the times produced across all three legs last Saturday, there are plenty of options open to him should he choose to go on.