Just 3,000 miles to go as Breifne on his final lap 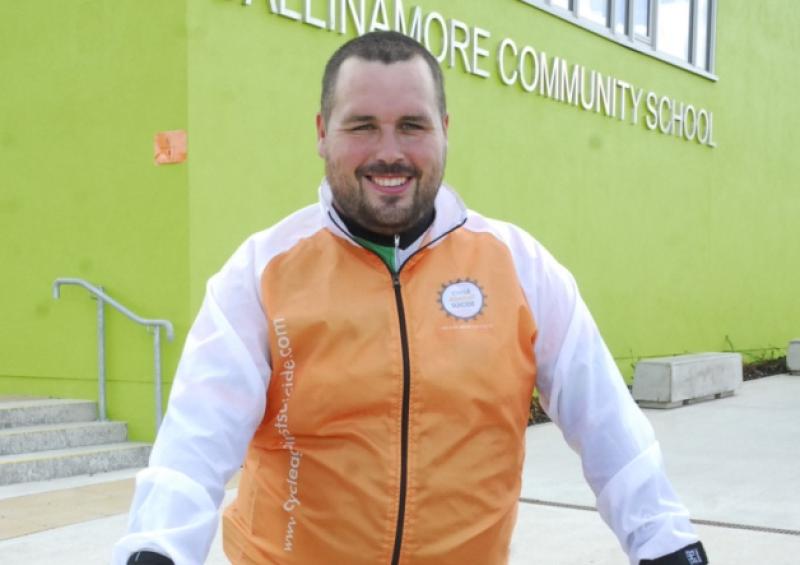 It may seem strange to say someone who is facing up to 3,000 miles on a bike feels like they are on the final lap but that is what it feels like to be Breifne Earley right now.

It may seem strange to say someone who is facing up to 3,000 miles on a bike feels like they are on the final lap but that is what it feels like to be Breifne Earley right now.

The Leitrim Village man embarked on the World Cycle Race 14 months ago from London and after a journey that saw him traverse Europe, Asia, Australia, New Zealand and America, Breifne is on the final stretch as he led the Cycle Against Suicide into Ballinamore last Thursday.

““When you’ve done 15,000 miles, three thousand feels like the last lap,” Breifne told the Observer, “It’s been 14 months since I set foot on Leitrim soil so it was absolutely fantastic, leading a massive group of people on the Cycle Against Suicide into Ballinamore and to have that support behind me after 14 months travelling around the world has been fantastic.

“Given that I started in Leitrim and now I’m back here, I kind of feel that I’m done and the rest is just icing on the cake. The last 3,000 miles through Ireland, Spain, France and the UK is a little bit of a victory lap. I’m going to win the race, I just need to stay inside the rules.”

A quick stop over on Thursday night allowed Breifne meet up with family and friends but as he admits himself, Leitrim and Ireland have featured strongly on his epic journey so far - “Leitrim has had a big part to play in virtually every aspect of the trip.

“In Perth, Alan Taylor, Daniel Noone, a few lads from around Leitrim Village, Sheila Murray from Carrick in Melbourne, they put me up and looked after me.

“America was fantastic, Leitrim people everywhere and I think that has been the big learning curve for me, the support from the various communities, particularly the Irish communities.

“In New Zealand, a request went out to members of the Irish community via facebook and of the 40 odd nights I was there, I had to source my own accommodation three times. The generosity of those people made what was a very solo effort into a huge community of people who helped me.

“Even though times, it was me alone in very remote parts of the world, the entire time, there was 2,000 people in the back of my head who helped me”

When asked to pin-point the highest and lowest moments of the journey, the surprise is that they are one and the same as Breifne recalls “In the searing heat of 50 degrees in India, I was climbing a mountain, I’ve run out of water, run out of food and I am struggling and I am down to pushing the bike up the hill of what I know is going to be a 1,300m climb.

“A car pulls in and it suddenly becomes one of my highest points of the journey, a guy comes out and says I’m a cyclist, I live down the road, here is water, here is food, you’ve only got a couple of hundred yards to get to the top of the climb and there is a shop at the top and you can get your own food and water there. It was a good Samaritan sent from somewhere to get me up that hill.”