Dearbhaile and Joanna in the medals again 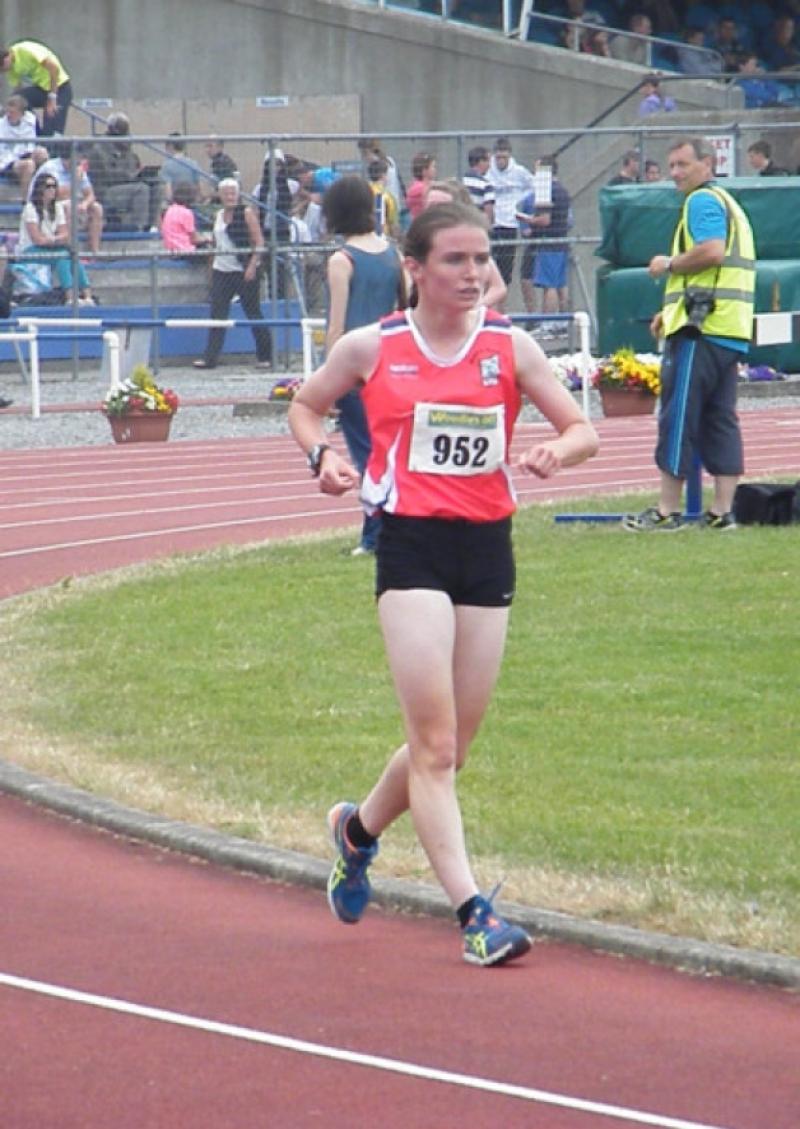 Dearbhaile Beirne of Mohill & District AC was Leitrim’s only medal winner at the Woodies DIY AAI All Ireland Underage Championships.

Dearbhaile Beirne of Mohill & District AC was Leitrim’s only medal winner at the Woodies DIY AAI All Ireland Underage Championships.

The Championships in Tullmaore were held in pleasant weather conditions last Sunday with Dearbhaile Beirne’s display the stand out performance on the day.

Dearbhaile took control early in the race and was never headed as she scored a comprehensive win.

There were four other Leitrim athletes taking part as a result of their at the Connacht Championships in Athlone five weeks ago. Ciara Dowd of Carrick AC was sixth in the Under 18 javelin with a throw of 19.33m.

On Saturday, Joanna Duignan of Carrick-on-Shannon Community School finished seventh in the 300m at the Schools International in Morton Stadium Santry. Running in lane eight, Joanna was the first Irish competitor home as she recorded a time of 41.51.

Joanna then ran the second leg for the Irish 4 x 300m relay team that finished third in a very competitive race and there was further good news for the Carrick AC runner when she was picked for the Irish team for the Celtic Games at Colwyn Bay in Wales on Saturday, August 3.

• In other athletics news, the Leitrim Canal 5Km Fun Run and Walk takes place next Sunday, July 28, in Leitrim Village at 11.30 am. The second edition of what proved a very popular event last year is over a challenging course that mixes some very fast flat section with a couple of testing hills. Entry fee is €10 and entries to www.runireland.ie or info@leitrimcanalrun.ie or contact 086-1007273 for more details.