Breifne set to cycle the planet in 2014 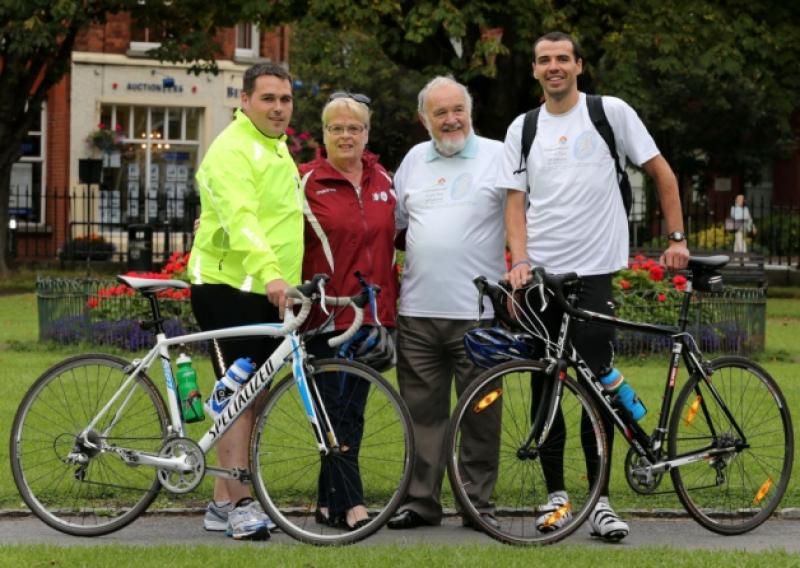 Leitrim’s Breifne Earley is aiming to break the world record for cycling around the world when he enters the 2014 World Cycle Race.

Leitrim’s Breifne Earley is aiming to break the world record for cycling around the world when he enters the 2014 World Cycle Race.

The 32-year-old Leitrim Village native is the sole Irish entrant in the World Cycle Race 2014 and is undertaking the mamoth task in the hope of raising awareness of suicide prevention, depression and mental health.

To help him accomplish his task, Breifne has launched a crowd sourcing campaign at www.challengeten.com to allow members of the public to help him spread the message that “It’s alright not to feel okay”.

The World Cycle Race starts in Greenwich Park, London on March 1, and passes through 25 countries on six continents. To beat the current record of 107 days, Breifne must cover the equivalent of cycling from Dublin to Tralee every day for three and a half months.

Speaking on the launch of this campaign, Breifne Earley said “After telling people that I was undertaking this challenge during the summer, I was inundated by offers of support and most importantly help to spread the message that ‘It’s alright not to feel okay and it’s absolutely okay to ask for help’.

“I’ve been lucky enough to be able to turn my life around over the last three years, but too many people take another option. I’ve witnessed the devastation this causes to families, communities and the circle of friends. Suicide should never be an option.

“There is always support there for people if they would just ask someone, anyone for help. I hope that by setting a good example for others who live with depression and mental health issues I can help them see light at the end of the tunnel.”

The CEO of Cycle Against Suicide Maghnus Collins stated “Breifne is a real life example of someone who has faced their mental health issues head on and has come through to achieve incredible things.”

Breifne’s journey will be there for everyone to see in each Thursday’s edition of FIT magazine in the Irish Independent and editor Vicki Notaro said “Breifne’s cause really struck a chord with me, we love to highlight elite athletes, but also regular people who set their own goals and go about achieving them not only for their own personal gain, but to benefit others.”

Philippe Brodeur, director of Aertv, said “The Aertv team were inspired by Breifne Earley and are thrilled to be able to provide an Irish sports video platform for all to follow his path both home and abroad.

CEO of NADA Martin Kennedy was delighted to help support Breifne on his amazing quest - “We are privileged to be working with and supporting Breifne and will do everything in our power to ensure he is as ready as possible to take on every one of those 18,000 miles - the most challenging and exciting journey of his life!”

Maria Connaughton of Spin11 said: “Spin11 are delighted to support initiatives such as Challenge Ten and are delighted to make technical custom cycling clothing for Breifne for his world cycle.”