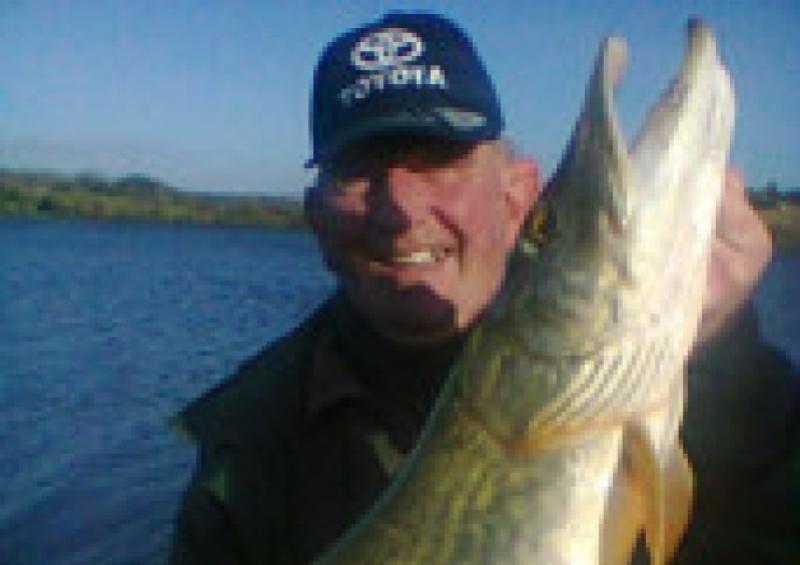 Only three weeks until the opening of the brown trout season on my local river. The need for a close season is a question that I am sometimes asked. The short answer is to give the trout a reasonable chance to reproduce.

Only three weeks until the opening of the brown trout season on my local river. The need for a close season is a question that I am sometimes asked. The short answer is to give the trout a reasonable chance to reproduce.

Wild brown trout travel upstream from lakes and deep water to well oxygenated gravel beds where, when conditions are correct they lay their eggs in nests in the river gravels, known as “redds”. The female will build the nest, usually between November and January when the water is cold and is well oxygenated, as this is exactly what the eggs need to hatch.

She will look for gravels that have a good flow of water passing through, so therefore the gravels need to be loose and mainly free from silt and between 5mm and 50mm in diameter. The hen fish will start by testing the suitability of the gravels by using her anal fin, if satisfactory she will dig a hole, turn on her side and begin to flex her body and release her eggs. The male will then release his sperm (milt) over the eggs to fertilise them. The hen will then move in front of the redd and begin to dig again, throwing up gravel, which covers the fertilized eggs. The amount of eggs laid by the female depends on her size; typically a 500-gram trout will lay around 800 eggs.

As the eggs develop, the trout ova develop within; this is called the “eyed ova” stage. The development of the eggs all depends on the water temperature, that is, colder water will mean slower development. In a normal year when the water temperature reaches 7.8 degrees Celsius eggs will hatch in sixty days depending on water quality and the quality of the gravels. In a year like this when local water temperatures are presently in and around 5 degrees Celsius, the eggs can take up to nearly one hundred days to hatch. It is generally taken that most eggs hatch in February and the age of a trout is measured from this “birthday”. In a bad year hatch rates can be as low as 4%! Newly hatched trout are called alevins and they will stay in the gravel feeding off the remaining yolk that is attached to their bodies usually for 14-30 days depending on water temperature.

Once the yolk has been eaten, the alevin become fry, they emerge from the gravel and begin to feed on macro invertebrates in the water. They are very vulnerable at this stage and mortality rates are very high. They will seek out cover and shallow water that is not too fast flowing. Here they will keep feeding and will soon develop into what is known as “Parr”. A trout of less than one year is known as a parr, they have distinctive “fingerprint” markings along their sides, which they will lose as they mature. In time they will seek deeper water and find a “lie” i.e. an area where the current will act as a conveyor belt for food so all they have to do is face upstream and catch invertebrates as they drift past expending as little energy as possible. For self-preservation this lie will usually be close to an undercut bank, rock, log or preferably a tree root.

So on opening day, if you are lucky enough to catch and land a beautiful wild trout, try to recall the hardships that the fish in your net has endured to get to this size, and perhaps instead of taking out your priest to knock it over the head, simply put it back and who knows, maybe it will reward you with some fine fighting fit offspring to make acquaintance with over the next couple of seasons!