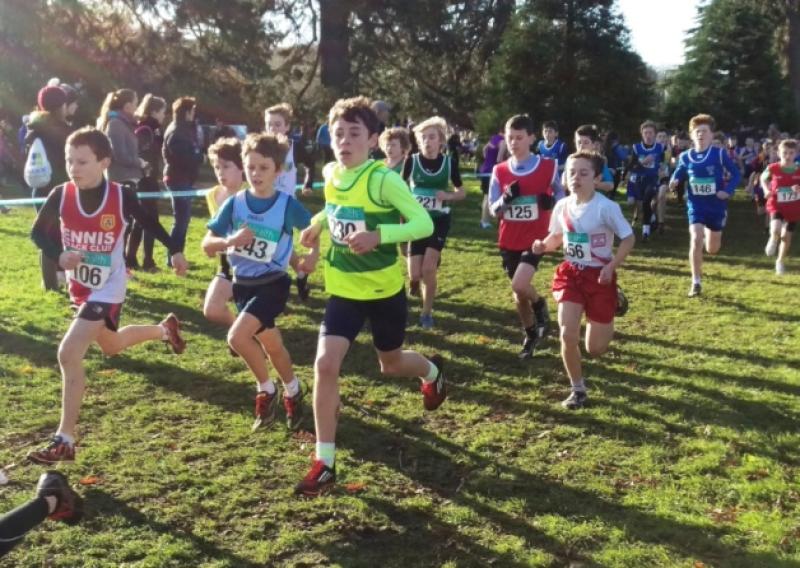 A memorable day of competition saw big fields and a large spectator crowd that needn’t have worried about the after effects of storm Barney on what was a bright crisp day for the championships.

A sea of colour dotted Santry Demesne in Dublin on Sunday last with clubs from all over the country out in force with tents and tear drop flags adding an extra dimension to the electric atmosphere.

Leitrim had a fairly small number of competitors who had qualified from the Connacht Even Age Cross Country Championships in Moyne at the beginning of November.

In the U12 Boys race, North Leitrim AC’s Patrick Montgomery finished a very respectable 22nd place, despite being sick throughout the morning of the race. Patrick started very quickly and was in the lead after the first 150 metres but found his illness affecting him later in the race.

The largest race of the day was the U14 Girls race with a massive field of 160 runners. Ballinamore AC’s Ellie O’Rourke was the top Leitrim finisher in 30th place. Like Patrick Montgomery, Ellie also started very quickly and was up in the top ten after 150 metres but competing a year out of her age group, she delivered a solid performance.

Ellie was followed by the North Leitrim AC team of Ella McDaid (80), Sarah Brady (107), Lara Mulvaney (143) and Rachel Conlon (144). North Leitrim AC finished in 16th place in the club positions and was the second Connacht club team on the day, behind Galway City Harriers.

Carrick-on-Shannon AC’s Eoghan Farrell, running as a member of the Connacht team, finished in 56th place in the U14 Boys race.

However, while Connacht claimed bronze, Eoghan was unlucky to finish just outside the medal positions having finished in 7th place on the team, with just the first six to score.