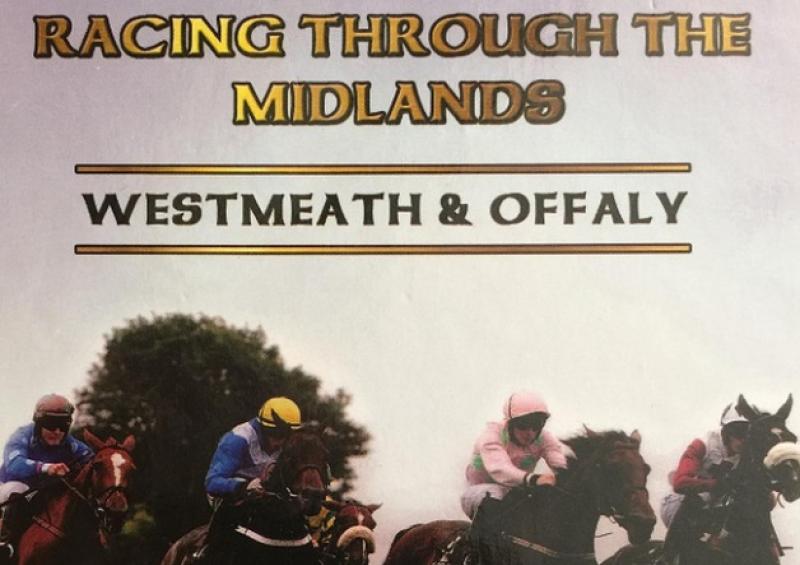 Leitrim is not noted for its horse racing history but racing was held at Mohill between 1867-1879, according to a new book covering racing in the midlands that is sure to interest racing fans this Christmas season .

Leitrim is not noted for its horse racing history but racing was held at Mohill between 1867-1879, according to a new book covering racing in the midlands that is sure to interest racing fans this Christmas season .

The Mohill Steeplechase was held on 23 March 1868 over 2 miles and worth 30 sovereigns. The races were held over three heats, which meant that the successful horse covered 6 miles in the day.

A distance post was placed 240 yard back from the winning post and any horse that finished more than that distance from winner in each heat was excluded from the next heat. The winner was H.Davis’s Miss Steele who dead heated with P.N.Fitzgerald’s Souvenir in the first heat and then won the next two heats.

Mohill Traders sponsored a race in 1878 which was won by J.Hind’s Music (jockey Carty). Mohill still has one of the oldest and most popular fairs in Ireland dating back to 1620.

Interestingly, in 1734, the great stallion Trumpeter stood between Carrick Drumrisk, Leitrim and Sligo and he was an own brother to Careless “that beat all England & Ireland “.

Stan McCormack in his book “Racing Through the Midlands-Westmeath & Offaly” recounts the story of Tom Kirkwood, Woodbrook, Carrick-on-Shannon whose horse The Doe was saved from the knacker’s yard with 5 shillings and paid it back by winning the Irish Grand National.

The Doe went on to breed Woodbrook, who won the Aintree Grand National in 1881 and a few Galway Plate winners.

Kirkwood owned Derrycarne House in Annaduff at one stage before James Kiernan bought it in 1937.His daughter Maureen married Des McKeever who managed Cleaboy Stud in Mullingar and while she was working there she bred champion setters.

The White House contacted her in Richard Nixon’s time to purchase them, as they were of such high quality. In 1966 the King of Belgium chartered a plane to purchase one of the setters through his Ambassador. The full stories are in the book.

The full story is in Stan McCormack’s recently launched book “Racing Through the Midlands-Westmeath & Offaly (440 pages) €20 paperback/€25 hardback & postage. (Phone 087 7499857 and address 4 Tullamore Rd, Kilbeggan). You can also check the website -www.racingthroughthemidlands.com for all the details & information.