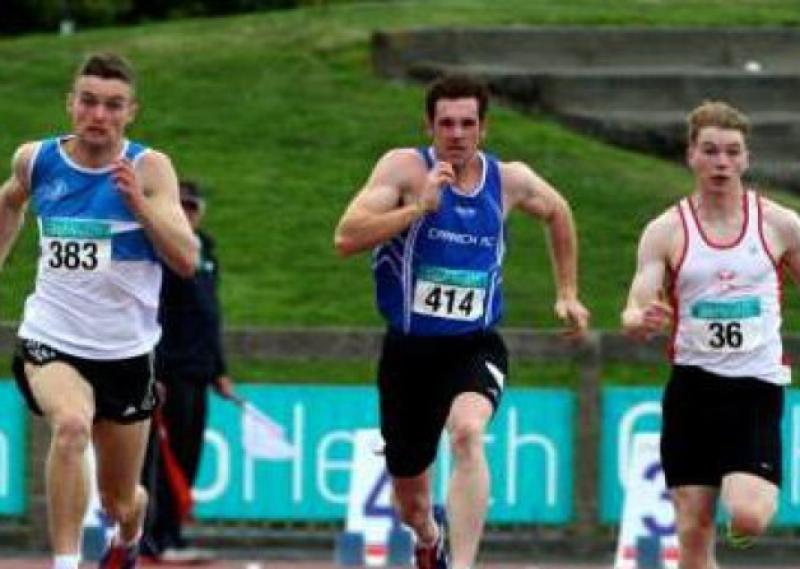 Carrick-on-Shannon AC’s international duo picked up medals at the weekend with Gerard, who competed in the European Indoor championships in March, taking second in the 110m hurdles while Eanna, a member of the record breaking Irish 4 x 100m relay team at the European U23 Championships in July, took home a bronze from the 200m Final after also competing in the 400m heats on Saturday.

It was a mixed weekend for the Leitrim pair as they both surrendered their national titles but they produced strong performances to again make the podium at the Glo Health sponsored Athletics Ireland Senior Championships in Morton Stadium, Santry.

And Leitrim’s athletics success was not confined to the domestic arena as Ballinaglera’s Michael Cornyn took home a World Championship medal as a member of the Irish team who claimed gold in the Over 50 cross-country event at the World Masters Athletics Finals in Lyon, France - see page 67 for full story on Michael’s great achievement.

Next Friday, Ballinamore Athletic Club, Leitrim’s oldest club, celebrate their 50th anniversary when they host their popular 10K and 5K road races. Both races get underway on the new Friday date at 7.30 over a challenging course that always draws a good crowd to Ballinamore.

To mark their golden jubilee, all finishers in the two races will receive a specially designed medal to commemorate fifty years of Ballinamore Athletic Club which was formed in the summer of 1965.

There will be an award this year for any athlete who breaks the Course Record in both the 10K and 5K events while there will also be children’s races on the evening.