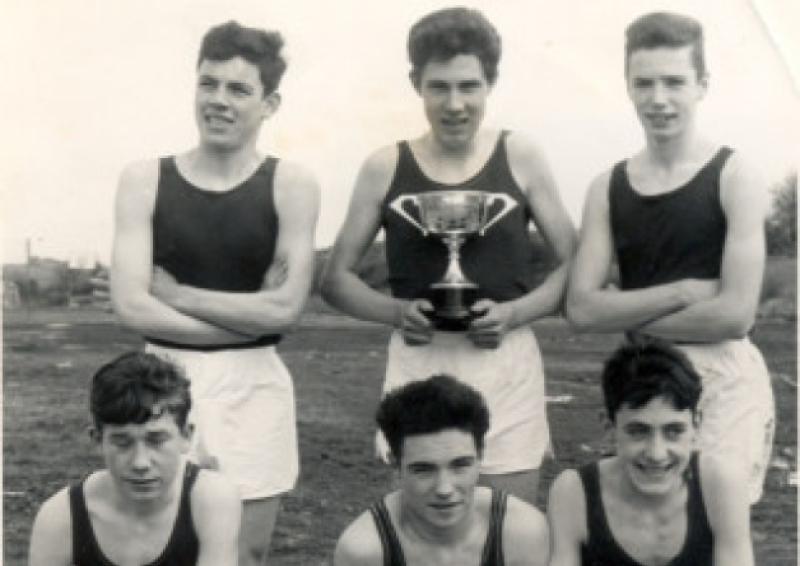 The school, established in September 1962 on the site of the closed Cavan/Leitrim railway headquarters, had only around eighty student from third year downwards at that time. Over half of those had engaged in internal trial races in the late autumn of 1964.

With the running interest firmly established four students competed in a roadrace in Lanesboro in late November and on Sunday January 24, 1965 a team of six U14s took fourth behind Laytown, Tuam CBS and Garbally College in a team cross country race in Ballinasloe. There followed some local contests in February the first of which was a triangular race with two Carrick schools, Presentation College and Rosary High School, in the Boyle Road Showgrounds.

It was on this occasion that Pat Joe Leddy showed his potential by winning the race. A short time later he again won when St Felim’s took on St Patrick’s College, Cavan.

The day itself, Wednesday March 10, was dry but cold and a strong breeze blew across the old racecourse when the Intermediate race over two one mile laps took place at 5.30 pm.

Pat Joe Leddy took an early lead in the three mile Senior race and was never headed. The boy who finished second was later disqualified when it was found that he had “rested” behind a racecourse jump during the second lap. The young Ballinamore team were seventh on 130 points, Presentation Brothers College finished tenth on 161 points.

Leddy went on to finish 17th in the second All Ireland Schools Championship in Belfield two weeks later. He was to retain the Connacht title in 1966 and 1967 finishing fourth and third in the respective All Irelands.

This day fifty years ago was truly the beginning of a golden era for Leitrim athletics.