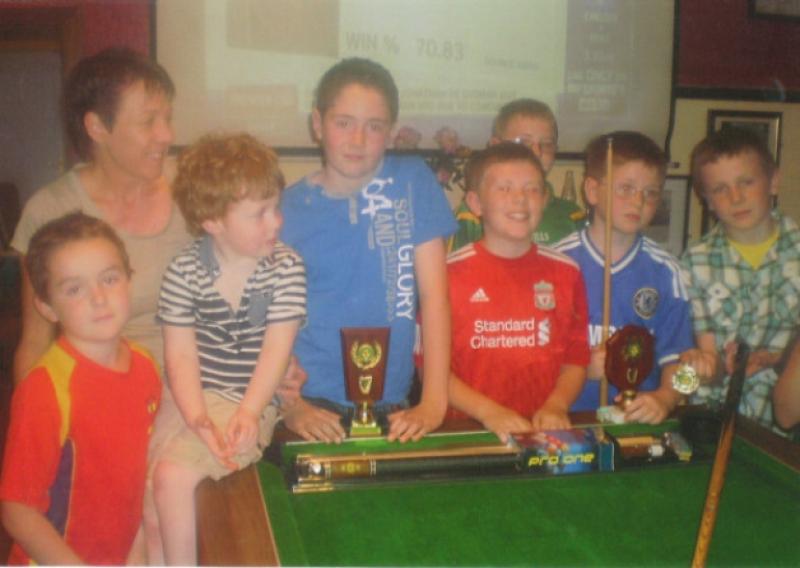 This year the Williams family kindly donated all monies raised to the Drumkeerin Childcare Services.

On the night, the competition started with the junior level and over 12 games were played to see James Corrigan coming out as champion and Francis Davitt receiving second place and Thomas Davitt coming in third place.

Then followed the adult competition with over 32 games played to see Thomas Cornyn reaching this year’s Champion. He was presented with the John Williams Perpetual Cup along with €300 in Prize money by Mrs Margaret Williams. Second place went to Liam Shanley and third prize going to Joe McGuire

The competition was followed by a raffle with a grand total of 31 prizes up for grabs. All prizes were sponsored by local people and businesses.

6th: Set of Saucepans donated by the Williams Family, Drumkeerin

22nd: Bottle of wine and box of chocolates donated by Tesco Carrick

Drumkeerin Childcare Services would sincerely like to thank the Williams family, everyone for giving their time to sell tickets, the people and businesses who sponsored the generous prizes, Davitt’s Bar for hosting the competition, to everyone who purchased tickets, and took part in the pool competition on the night making this year another success with a grand total of €4,235 raised.