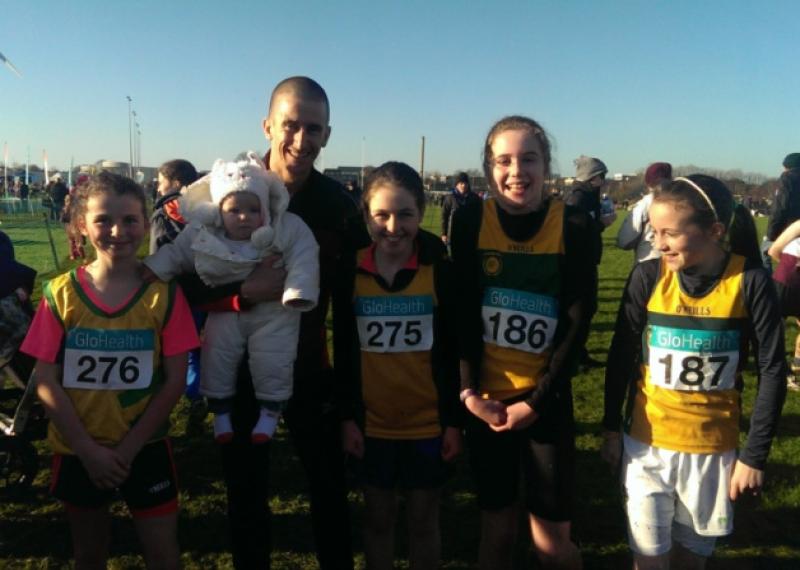 North Leitrim AC’s Patrick Montgomery finished a brilliant fifth in the Athletics Ireland U12 Cross-country Championship in Dundalk last Sunday, despite being a year out of his age group.

North Leitrim AC’s Patrick Montgomery finished a brilliant fifth in the Athletics Ireland U12 Cross-country Championship in Dundalk last Sunday, despite being a year out of his age group.

Patrick, who recently won the Connacht AAI Under 11 Cross Country title in Westport and who was runner up in the Under 12 in Loughrea the previous week, put up an outstanding performance at the Glo Health AAI All Ireland Under 12 Championships at Dundalk IT on Sunday when he joined the select band of Leitrim runners who have got into the top 12 medal positions in these Championships by taking fifth position.

To add to the occasion he was the second finisher for the strong Connacht team which took silver medals.

Patrick took the front from the start and was always prominent during the 2000m race as Connacht Champion Malcolm McEvilly of Westport eventually took control.

The Mayo runner came home first, followed by Conor Leane of Dunboyne, Joe Byrne of Sliabh Buidhe Rovers and Jordan Mynes of Cabinteely. The Leitrim athlete completed a fine run by out-sprinting Oisin O’Riordan of West Waterford for fifth position as they approached the finish.

Munster were very strong and finished first province on 62 points but the Connacht team did themselves proud by taking the silver medals with 90 points. Backing McEvilly and Montgomery were Shane O’Malley of Westport (12), Lee Gavin of Craughwell (20), Liam Leen of Craughwell (22) and Niall Coggins of Ballina (24). Leinster were third on 104 points.

Ballinamore’s Ellie O’Rourke also put up an excellent performance in the Girls U12 race taking 33rd position in the big field of 170 runners. Ellie, who was fourth in the Connacht Championships in Loughrea, got stuck in from the start and ran well throughout the event overtaking one runner as the finish approached.

The event was won by Aimee Hyde of Newport AC in Tipperary and the club title went to Thomastown with North Leitrim finishing 12th.

Connacht’s points total of 267 was only good enough for fifth position with Kara McCleane and Shauna Brennan, both Galway City Harriers, finishing in 25th and 31st positions respectively with Ellie O Rourke and Ella McDaid the next two Connacht scorers.

The Leitrim County team finished 13th in an event won by Cork from Dublin and Clare with Galway fifth and Mayo ninth.

Patrick Montgomery is also Under 11 and won the Connacht title in that event so he will be in with a great chance of getting another medal when the Uneven Ages Championships take place in Santry Demesne on Sunday week.