Drumshanbo As back in final after five year gap 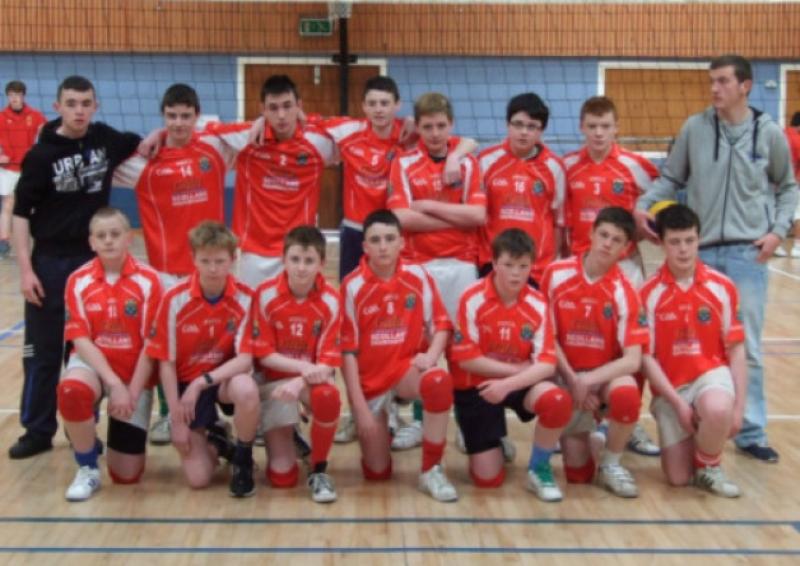 Drumshanbo VS bridged some of the longest gaps in their successful volleyball history when they upset a strong hitting Mountrath team in the National Junior A semi-final last Thursday.

Drumshanbo VS bridged some of the longest gaps in their successful volleyball history when they upset a strong hitting Mountrath team in the National Junior A semi-final last Thursday.

Their Junior Bs can also feel justly proud as they demolished Mountrath B in their quarter final and almost shocked hot favourites Ballina A in the semi-final.

This will be Drumshanbo’s first Junior A final for five years, their longest gap in that competition. It is also over two years since Drumshanbo reached an A final at any age - the longest gap since they broke through in 1991.

This was a great game. Mountrath had come through unbeaten, conquering all in Munster and Leinster. Drumshanbo were unbeaten in seven games. Both sides hit hard. Both defended well. Both had periods of dominance.

Overall though, Drumshanbo had great versatility. All their players could and did set up. All of them could hit down. They pressurised Mountrath more and more as the match progressed. Mountrath could be spectacular but were the more inconsistent.

The score-line is very deceiving. Except for tying briefly at seven, Drumshanbo trailed for nearly all of the first set. In contrast they powered ahead in the second set and only became mortal at the finish line.

The game opened with three tight scores to Mountrath before Caleb Duffy buried a free ball down. The first glimmer of hope came at 2-6 when Fergal Guihen hit four serves as Duffy steadied the back and Callum O’Hagan Moore hit his first of many winners.

Mountrath then had their best period although many of the points were won after very long rallies.

At 16-21, two great saves from Lucas Da Silva and Kevin Moran inspired a Drumshanbo comeback. A Moran run of serves was continued by Sunbeam Feng and Moore nailed down a winner to clinch the set. Mountrath were stunned.

Feng had another run of serves to give Drumshanbo the perfect start to set 2. Duffy extended it to 6-2 with a block and ace. Moore hit another winner and there was great combination play from Guihen to Da Silva, Duffy to Guihen, Moore to Duffy and Da Silva to Moore. Despite 2 time-outs and substitutions Mountrath found the Drumshanbo serve difficult to control. Duffy aces put Drumshanbo18-12 ahead and Moore’s brought them to match point at 24-18.

Then amazingly Drumshanbo froze to the ground, couldn’t move and Mountrath saved 5 match points. Finally Duffy hit one more hard spike and there was joy for the Leitrim school. Mountrath were devastated as they had been fully confident of reaching the final.

This was a great performance from Drumshanbo. Ballina came with credentials as the recent National spikeball A champions and a hot favourites tag. But Gareth Higgins’ serve ripped Drumshanbo into a huge 6-0 lead at the start, with intelligent placings from Shane McGrenaghan.

Ballina hit back fast and it needed Liam Rowan’s steady play to slow them down. By 11 Ballina were level but Aaron Perrin served Drumshanbo in front again to 15-11. Combination play between McGrenaghan, Higgins and Cathal McKeon kept Drumshanbo ahead till 20-18 but then McGrenaghan injured his hand. This disruption was just the break Ballina needed to take the set.

Unstoppable serves from McKeon gave Drumshanbo a 4-1 lead in the 2nd set. Powerful hitting from Ballina had them level at 10 and ahead 14-10. Then Higgins hit his 2nd great service run. Throughout both sets Ballina were regularly thwarted by defensive digs from Darren Cull.

But Ballina pulled away to 18-14 and despite the substitution on of Gavin Flynn and Mark McMahon, Ballina were not for turning.

In the quarter-final, Drumshanbo beat Mountrath B 25-10 25-19 with a very strong display.